This Is Whidbey was founded by Kate Poss for readers who seek solutions and are interested in cultivating our island’s quality of life, including its land, sea, and air; its people, plants, and animals; and the bodies, minds, and spirits of its inhabitants. You may know Kate from her work in island libraries through May of 2016. Her background includes a career in newspaper reporting in Los Angeles for various weeklies and dailies, including The Los Angeles Times. She was a frequent contributor to the online Whidbey Life Magazine and still writes for the biannual print magazine. She is working on her third young adult novel with a writing partner. These days, besides working as a personal chef, she covers the big and little issues that face our island.

Stories are highlighted by David Welton’s excellent photography. David is a retired physician who was a staff photographer for Whidbey Life Magazine since its early days. His work has also appeared in museums, art galleries, newspapers, regional and national magazines, books, nonprofit publicity, and on the back of the Whidbey Sea-Tac Shuttle! 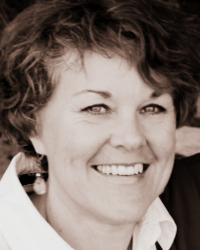 As was the case in the Wizard of Oz, there’s someone “behind the curtain” who turns the dials and pulls the levers that project This is Whidbey onto your screen. That person is Petra Martin, a writer, editor, and web designer who established and manages the technological underpinnings that This is Whidbey is built upon.

Petra has lived on Whidbey Island since 2001. She is the creator and publisher of the Mixed Emotions card deck, which helps people put their feelings into words. She also ghostwrites and acts as a literary midwife—helping others birth their books.