Celebrate our Hometown Heroes at their book launch October 23 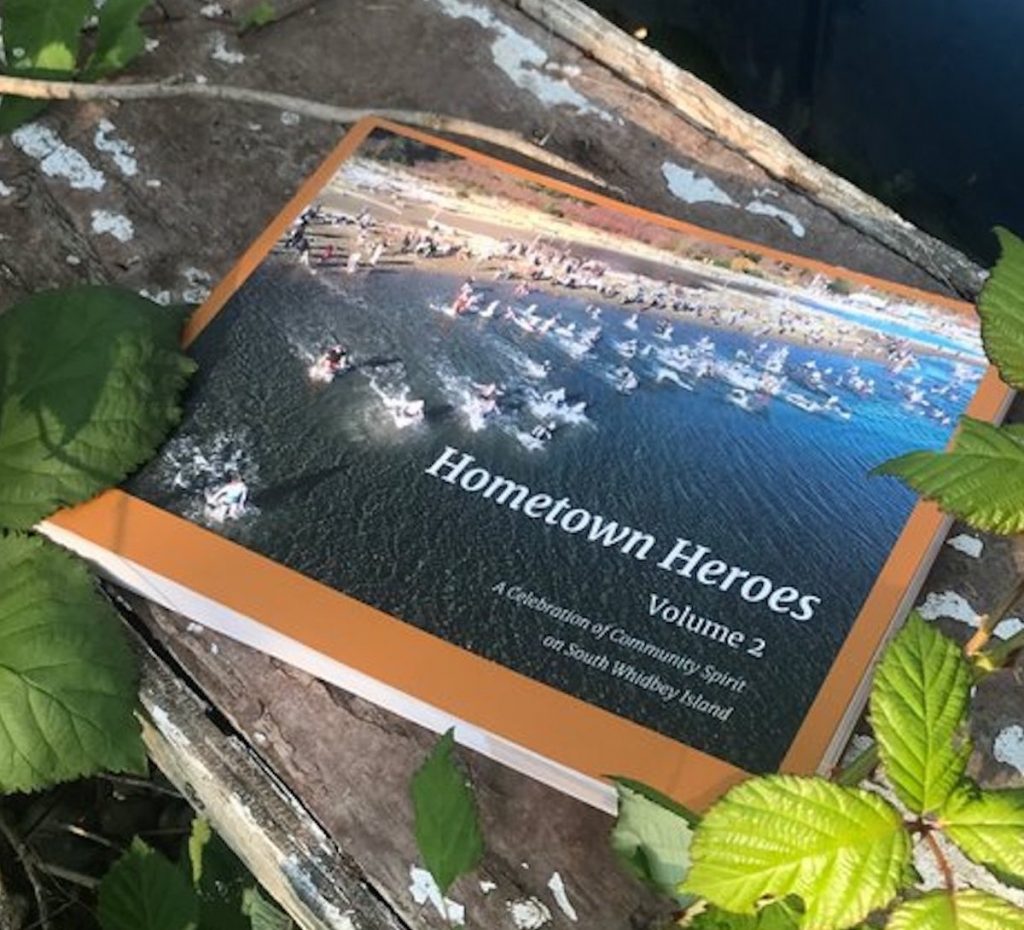 The public is invited to a book launch of  Hometown Heroes Volume 2, Sunday, October 23 upstairs at the Bayview Cash Store. The book is a collection of stories once published in the South Whidbey Record by a local woman who wrote about the every day heroes in our midst.

Susan Knickerbocker, author of the popular series, was struck with inspiration for Hometown Heroes at 2 a.m. in March 1995. She drove to the South Whidbey Record’s office and pitched her idea to then-editor Jim Larsen. Larsen told her she would have to write the series, since the paper lacked the resources to do so. Susan became the series’ writer and more than a hundred stories followed over the next 25 years.

In 2005 a group of volunteers designed and published a collection of 52 of Susan’s Hometown Hero stories in Volume 1. Its proceeds benefitted the non-profit Commons Cafe & Books in Langley. The book sold and with more heroes to showcase, Susan began looking for others to help publish a second volume.

In 2019 Anna Cosper and Kelsey Hoff were attending a children’s book event at the Freeland Library. They met Susan, who said she needed help with the book’s design and publishing. They began a collaboration which resulted in the recent release of Volume 2.

Anna is an illustrator by training and has experience with book and logo designs.

“Putting this book together I was so inspired by the people it contains,” said Anna. “They’re beautiful, wonderful people who are our neighbors. It’s been an honor. I’m new to the community and working on this was a great way for me to learn about the people who live here.”

One hundred percent of the profits of the $30 book goes to these non-profits: South Whidbey Schools Foundation, WAIF Animal Shelter, and Island Senior Resources.

The book’s 53 heroes  were invited to attend the book launch. Many are expected to attend. While some have passed on, or are unable to attend, the event is a chance for the whole community to meet those who are profiled in its pages.

Light refreshments will be provided by Goosefoot. Enjoy the songs of Zimbabwean vocal/mbira ensemble group Sarungano. Its founder Dana Moffett is profiled in the book on page 28. Kevin Lundgren will emcee the event.

The Hometown Heroes book launch soiree will be held from 3-5 pm on October 23rd upstairs in the Bayview Cash Store. Books will be for sale at the event, and at these locations: the South Whidbey Community Center, WAIF thrift store, Senior Thrift, Island Senior Resources at Bayview, Moonraker Books, and online at the Hometown Heroes 2 website.

On the Road Autumn 2022-Langley to Ashland OR