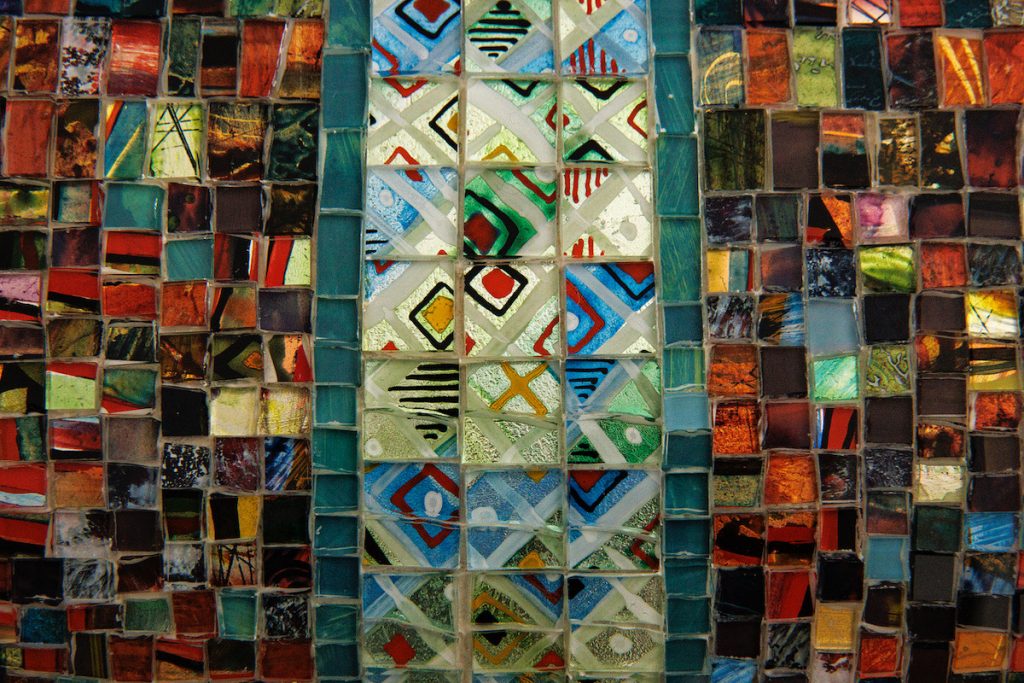 Spending time with artist Kéké Cribbs is like breathing fresh air you didn’t know you needed.

It was seeing Kéké’s recent photos posted on Facebook of her ‘Persephone’ glass art that brought us together for this story. In her post, she notes the piece was finished, packed, and shipped to a California art museum for its upcoming show, “Transformations in Glass: Vitreous Funk, Fantasy, and Light.”

The Claremont-Lewis Museum of Art in Claremont CA will host the retrospective October 5 through February 5, 2023. The exhibition celebrates the art of Vitreous—Richard Marquis, an internationally acclaimed glass artist; Fantasy—Kéké Cribbs, who, according to the gallery’s website description, “is a self-taught mixed media artist who spent her middle and high school years in Claremont from 1962 to 1966;” and Light—is David Svenson, who studied totemic art and incorporated neon into his works. The three artists share in common a history of art studies in Claremont, and all were students in the 1980s at the Pilchuck Glass School, when glass artist Dale Chihuly was running the show.

Keke’s ‘Persephone’ is a boat, whose hull is covered in a sparkling mosaic pattern of enameled glass. Its double-sided glass sail depicts the Greek heroine in the underworld of Hades on one side, and in the above world of fertile fields, birds and bountiful harvest on the other.

“Inspiration for making this just came out of me,” Keke said, while we visited in her light filled kitchen. “I had to do this piece when the decision on Roe vs Wade hit the news. I was inspired in part by my granddaughter Livia who is studying classical Greek and who introduced us to the Broadway musical soundtrack of Hadestown, which is the story of Orpheus and Euridice, but told in terms of our modern lifestyle with ‘Hell’ being the working peoples’ unforgiving life in the factories. In my youth in Claremont, one of my favorite films was Black Orpheus which has certain visual similarities to the story of Hadestown.

“I decided that the creation story of the Four Seasons–as represented by the Greek myth of the abduction and rape of Persephone by Hades, who takes her for his queen in the Underworld, and her eventual return for half the year to the Above World, where she provides fertility and the harvest–kind of said it all in this piece. Without females the world as we know it would not exist, so it is important to respect them for all they have to give and not abuse them.”

Many of Kéké’s pieces have a boat theme.

All of my pieces are narratives,” Kéké said. “They are all about women and consider poverty, hardship and the search for equality while recognizing commonality. The boats very much represent the voyage through life and the ability to remain upright during the chaos of the storm, while keeping one’s destination in sight.”

Her art conveys emotion that is hard to put into words.

“While I’m not as verbally adept as I’d like to be, I can use imagery and color to convey emotion without using words,”  Kéké said. “Within that, I have developed a language of symbology, one that speaks of our common desires, fears and dreams; we all share those things as part of being human. Whether or not people recognize it, it’s there in the core of our being, so an image of a snake, or a house, or a wild horse will emotionally symbolize pretty much the same thing to almost everyone.”

Kéké. has been ‘accidentally’ working in glass as an artistic medium since 1980 when she lived in Santa Fe, NM. She had her first exhibition of pen and ink drawings at the Dewey Kofron Gallery titled “Mimbres and Moderns,” it riffed on life in contemporary Santa Fe rendered in a style inspired by the graphic black and white pottery of the prehistoric Mimbres peoples. An architect and his wife fell in love with the drawings and offered to commission her to decorate all their glass cabinet kitchen doors if she could figure out how to get her imagery into glass.

That commission was the beginning of a now 42- year -long career as a glass artist. Using techniques which run from sandblasting and engraving, hot printing with powder pickups on blown glass, and now mostly using vitreous enamels and reverse painting on clear glass and glass mosaics, Kéké has found unique ways to put imagery on the surface of glass, creating both sculptural and two-dimensional works of art. Her work is in many private collections and more than 21 museum collections. The exhibition at CLMOA will host work that has been loaned from many private collections and date from 1985 to the present, forming a mini retrospective. A 20 page catalog is being produced to accompany the exhibition.

Traveling to Claremont soon to help set up the exhibit, Kéké looks forward to meeting with her art colleagues and showing her work at the museum in the town she once called home.

“I love this tiny museum which was once a beautiful old train depot with its Spanish decor from the turn of the century,” she said. “After a fifty year hiatus, I am excited to retrace my steps, smell the eucalyptus in the air and feel the artistic energy of a town that was so inspirational and ultimately gave me the desire and confidence to be an artist.”

To learn more about her life and the art of glass, visit her website: Talking Out Your Glass.