On the Road 3 Sedona to Tucson AZ 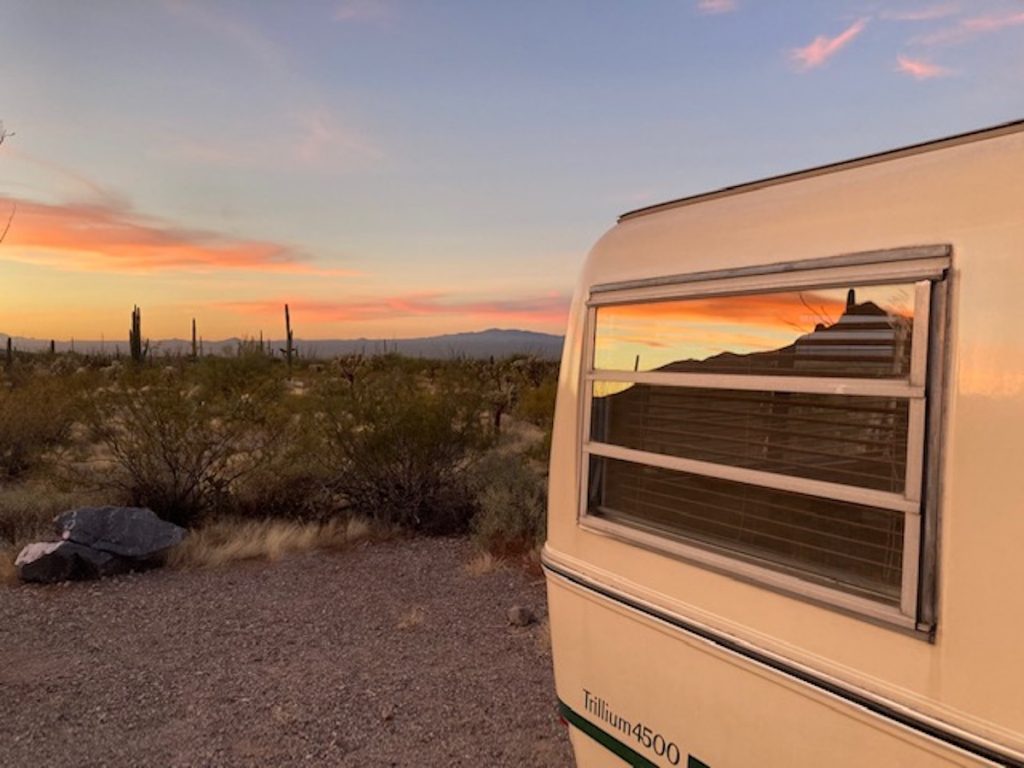 So hard to leave our campsite at Keough Hot Springs and our beloved Sierra mountains. We drove south on Hwy. 395 and connected to I-40 heading east to Arizona and our first campsite. Besides the freeway being in poor repair, we were at the mercy of big rigs speeding along, tail gating each other with menace enough to force over whoever was ahead. As if 75 mph is not fast enough! Luckily we missed the drama because drove at 55 mph in the slow lane.