Creating art out of Plein Air 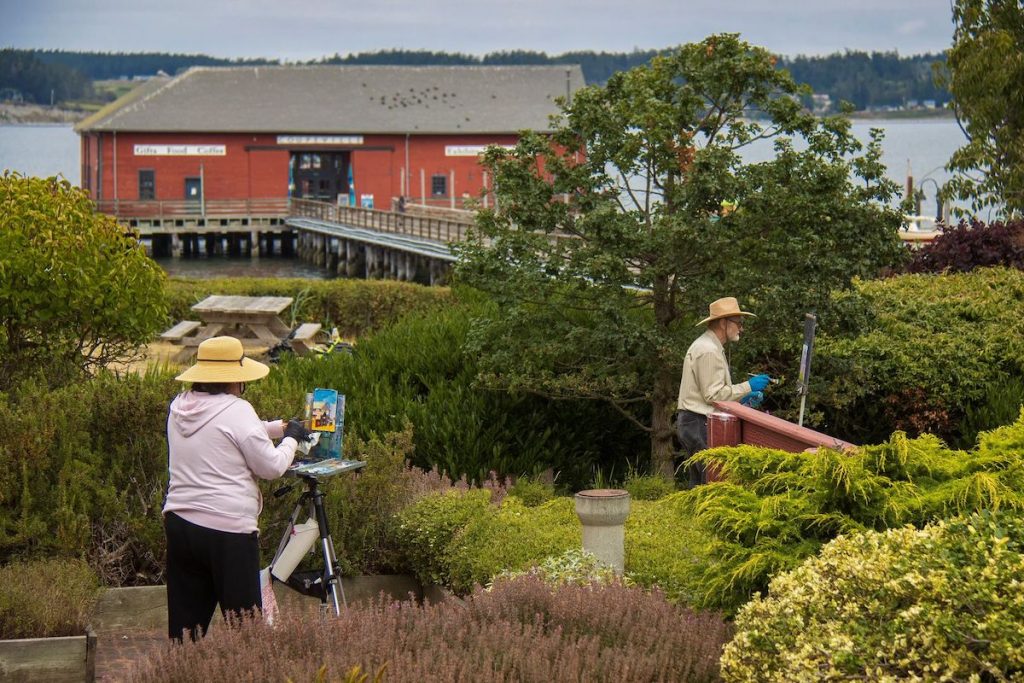 Plein Air painters were out a plenty for the Pacific NorthWest Art School's Plein Air Paint Out Aug. 16-22

“The artists are a lovely bunch and so enjoy being here painting, competing for awards and prize money, and of course, selling their artwork!” Lisa Bernhardt, executive director of the Pacific NorthWest Art School wrote in an email.

Visiting the town last Tuesday, David Welton noted, “There was no instructor. It was a free form contest–paint wherever you want. I spoke with a bunch of painters, all relaxed and having fun. Ambassadors for the school and their art. There were 60-70 participants.”

Here are a sampling of the artists David Welton chatted with and photographed:

Gary Binder moved to Whidbey in June. He is meeting new friends and getting to know the island.

Meredith Cannon arrived on Whidbey Island last February. “She was very helpful to me at the Whidbey Island Fair,” David said. He was a superintendent at the fair’s Fine Arts building last month. “She enjoys the playful side of finger painting. She won first place in FIne Arts at the fair.”

Artist Karen Bakke traveled to Coupeville from Snohomish County and sold her painting before it was even completed.

Artist Sara Pendergast arrived at the wharf at 6:30 AM to capture the early morning light, then turned to the west and painted this shoreline scene.

Artist Charlene Hall’s work is admired by a woman who is art to look at.

Sara Lane, a West Point graduate and military veteran, painted scenes at the Fort Casey Lighthouse. A former employee of Island County Beach Watchers who once worked at the lighthouse, Sara returned to paint scenes at this historic site. She likes to paint miniatures on Altoid® mint tins as well as the cigar box seen in these photos.

This woman was impressed enough by the Kingfisher book store to paint it for the Plein Air Paint Out.

Framed by this Front Street shop, a straw-hatted artist and her canvas:

An afternoon walk with Chuck Pettis