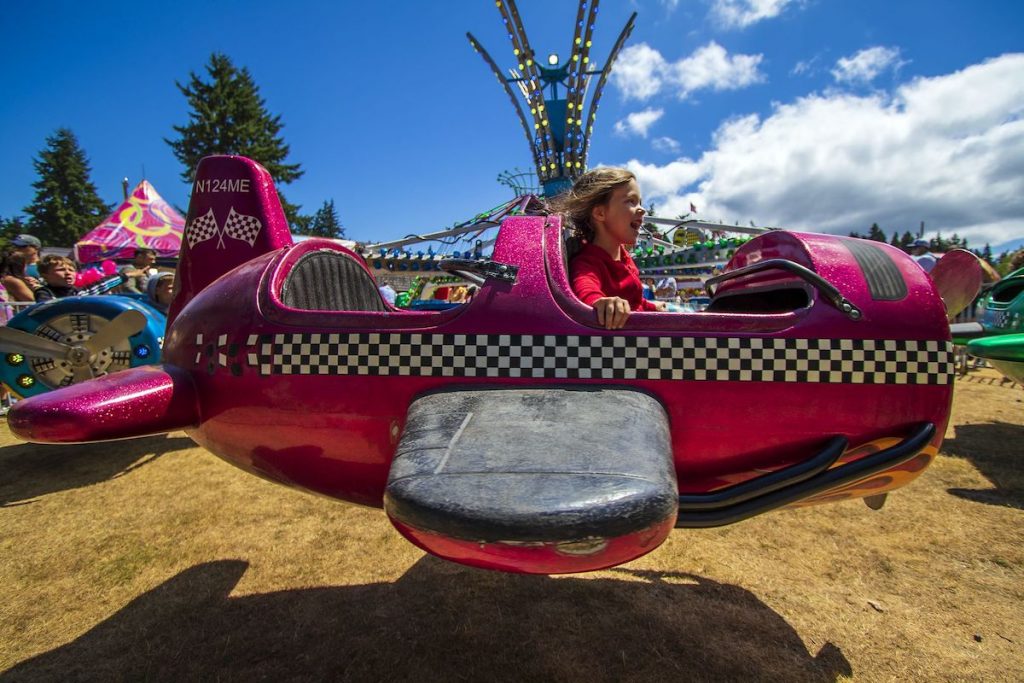 The 97th annual Whidbey Island Fair saw more than 22,000 visitors this year. This is Whidbey’s photographer David Welton served as Superintendent for the fair’s photo entries. He also took a number of excellent fair photos.

Fair Manager Carol Coble, taking a moment to check in with This is Whidbey, says the fair was: “Amazing. We had record numbers, for the last 20 years we’ve been counting. Old-timers who were around before then, said its been a real long time since we’ve seen these kind numbers. Old-timers here say there were crowds this big when the Gabeleins (long-time Whidbey family) were in charge and there were big headline bands. My ballpark guesstimate is 22,000, possibly 23,000 people here over the four-day period,. Those numbers include entertainment, and staff that helps put the fair on. We had a great time. Saturday, it was an absolute blast. We had a shorter parade than in years’ past. People who were walking love the parade being shorter. The people in cars like it to be longer. Go figure. The office is super swamped right now in getting our final paperwork done. Thanks for your enthusiasm.”

Bells Beach B&B owner Barbara MacCallum judged Youth Baking entrees. “It was very fun,” she said. “They had to follow instructions, placing four identical pieces on a paper plate. We tasted one of each of the entrees. One youth made a cake that looked like a baseball with white frosting and brown stitching. It was lemon and yummy.”

And princesses Ariel and Aurora, made a hit with Raleigh, who talked easily with her heroes, and asked Ariel about her friend Flounder.

On the Road 8 – Epilogue: Sebastopol CA to Langley WA