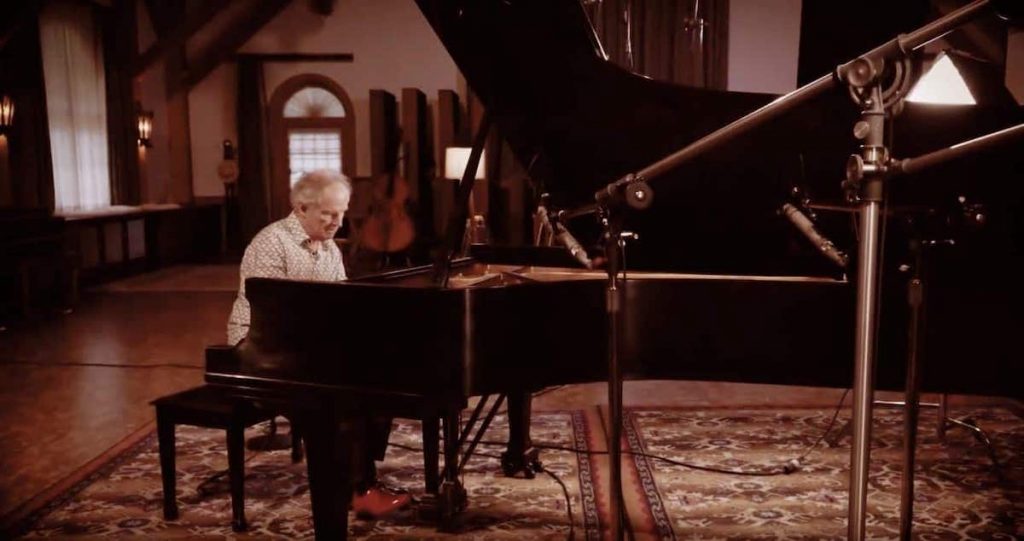 Over the last decade, WICA has recruited world-renowned keyboard talent to Whidbey Island under the “PianoFest” brand to provide Whidbey with a variety of classical and jazz piano entertainment. Now, as we emerge from a year’s isolation into WICA’s re-configured Michael Nutt Mainstage bathed in the fresh air of its new high-performance HVAC system, one of our favorite celebrities versed in both classical and jazz music Walt Wagner, rejoins us Saturday evening, July 17.

One of the program sponsors, Langley resident Peter Morton, has a story to tell about Walt Wagner, his music, and a relationship that spans three decades. Peter had a job at Boeing in the 1990’s directing training for airline pilots, mechanics, flight attendants, and engineers. Boeing’s training school, affectionately known in the industry as the “Boeing College of Jet Knowledge,”,was located on the shores of the Duwamish River in South Park; it was an old and somewhat run-down facility, with no room for expansion to take on the job of supporting the brand-new Boeing 777 airplane. Given the investment of resources, technology, and enthusiasm for the 777, Boeing invested in a new $70 million customer-training center, located at the previous Longacres horse racing track. The 600,000-square-foot center housed some 900 employees.

In 1994, with the new suite of 777 training technologies developed, Peter approached his bosses with a plan to celebrate opening of the Training Center with a party for 777 customers. A huge bay in the building that would house six full flight simulators was still empty; contractors converted it into a concert hall with a stage to accommodate a symphony orchestra, and Walt Wagner was commissioned to write a piece of orchestral music that would later become the first movement of his classical composition, The Miracle Concerto for Piano and Orchestra.

Fast forward three years, and after performances of the full four movement Concerto by the Bellevue Philharmonic Orchestra and the Spokane Symphony, in 1998 Gerard Schwarz and the Seattle Symphony orchestra recorded the Concerto with Walt at the piano, accompanied by another composition by Wagner called Rhythms.

And 21 years later, Whidbey Island music lovers came together with Peter and friends to sponsor a resurrection of The Miracle Concerto for Piano and Orchestra, performed by our own Saratoga Orchestra together with the Seattle Collaborative Orchestra at Roosevelt High School and South Whidbey High School with pianist Mark Salman and conductor Anna Edwards.

Now, Walt returns to his first love of improvisational jazz with a program for WICA patrons on Saturday July 17, this time performing at Whidbey Island Center for the Arts (WICA) with his trio that took Seattle’s famous Jazz Alley by storm in 2019 and again last month! Join Peter and his friends at this fabulous musical experience!!  Tickets to the event can be found here.