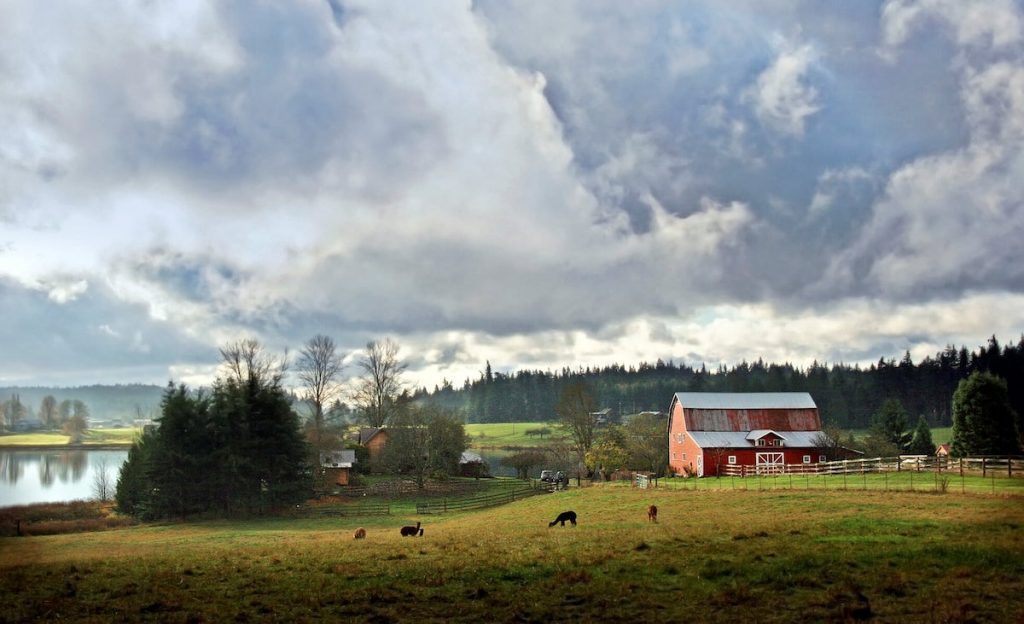 Barn and grazing llamas at entrance to Lone Lake

With camping and travel on hold these days, my husband Bill and I appease these longings by visiting Lone Lake in early mornings. For a little while, we sit on our beach chairs, sip our coffee, and pretend we are on vacation.

We are birders and Lone Lake is a terrific place for hanging out with our friends of the winged nation. Swallows soar and swoop. Ospreys dive for fish. Eagles try and steal their hard-won catch. Yellow warblers sing and flash their bright yellow feathers. Red-winged blackbirds sing their love and territory songs. Red-breasted sapsuckers hop around the trunks of trees. We hear the honk of Canadian geese. Mallards quack. Sometimes we feel the Zen, just watching the patterns of shadow and light moving on the water. We listen to frogs croaking and look for fins of rainbow trout, which sometimes appear at the water’s surface.

We’ve met a number of fishermen during the past two weeks. No women. Most are fly fishers, elegantly casting from their inflatable boats while their reflection is mirrored in the water. One gentleman, dressed in a many pocketed vest and waders, said he enjoys the relaxation found at Lone Lake. At one point he asked what we on Whidbey call out-of-towners. We told him, “Townies or mainlanders.” He laughed and then admitted he was from the mainland as are many of the lake’s fishers who often belong to fishing clubs. A quick Google search using the words fly fishing and Lone Lake, brings up pages of Youtube videos and reports from fishing clubs about its qualities. On another day, a couple of gentlemen told us they drove all the way from Lynden to spend a couple of days at Lone Lake fly fishing.

Each morning we sit, observing the set up of the inflatable boats, the placing of oars in the oarlocks, the attaching of the perfect fly to attract a rainbow trout and releasing it.

“We fished there many times,” says longtime South Whidbey resident Kathy Kansky, recalling the days when she and her late husband Brian fished there. One of Brian’s hobbies was making his own flies. Here is one example.

While most Lone Lake visitors are fishers, there are birders like us, and there’s Wayne, an artist, who takes regular morning walks to the lake, about half a mile from his home. An older gent, he is, with a sweet smile, a neon yellow vest, and a mind that forgets the present sometimes.

The lake suffered between 1996 to 2017. Invasive water weeds had taken over, which choked fish habitat and reduced boating access. Treatment with herbicides and later, the introduction of carp to eat the weeds, resulted in another health problem. While the plants were eventually eradicated, the lake then was plagued by too many nutrients (fish poop, septic tanks, and agriculture runoff) and developed toxic algae blooms. Trout died, which had been stocked by the Washington Department of Fish and Wildlife, and pets could get seriously sick from drinking the water. The lake was closed in 2017; its health in jeopardy. But help was on the horizon.

A retired environmental science professor from Portland State University moved with his wife to Lone Lake in 2016. Seeking to restore the lake’s health, Mark Sytsma rallied the community and found grants from the Washington Department of Ecology that were used with matching funds from the Whidbey Island Conservation District. Some plants have been introduced and the lake’s health is being monitored closely by Dr. Sytsma and the Conservation District, which has created a plan for restoring the lake’s health. In addition, the Conservation District is working with Lone Lake property owners to implement best management practices for managing livestock manure and runoff. A black and yellow caution sign posted on the lake’s bulletin board warns that toxic algae may be present, and not to swim in, drink or allow pets to drink the water.

South Whidbey Parks and Recreation manages the 100-acre lake that averages 7 feet deep. Carrie Montforte, Recreation Supervisor for South Whidbey Parks and Recreation, would typically be busy planning all sorts of activities for the summer. The lake’s poor health has found the recreation department planning activities elsewhere. And with the advent of coronavirus, this summer’s classes and activities are cancelled. The photos below recall days when the lake hosted regattas, bubbles, and remote controlled float planes and boats.

“In the past, we offered sailing lessons and sailing camp at Lone Lake,” Carrie wrote in an email. “They’re cancelled this year, due to COVID-19, but we’ve also been moving away from that lake due to water conditions. So sailing programs this year were scheduled to take place at Deer Lake and the Langley Harbor.”

Rainbow trout continue to be stocked on a regular basis by Washington Department of Fish and Game. Three thousand rainbows arrived last April. Osprey and fly fishermen alike have been availing themselves of the bounty. The ospreys, though, usually don’t practice catch and release as the humans do.

We are heartened to see the care taken for the lake these days and are grateful for its being a touchstone to visit close to home.