Fred and Scarlett the Aerobat 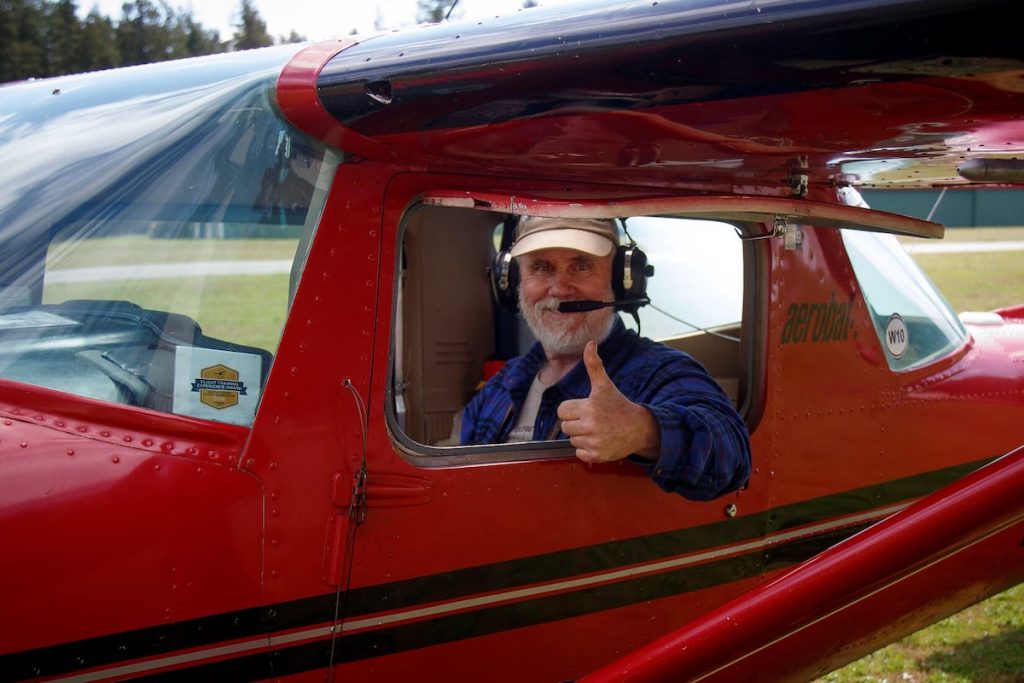 Fred Lundahl in his 'Scarlett,' a Cessna 150 Aerobat. Fred still likes to take her out for loop-de-loops

When I’m in the presence of Fred Lundahl, I feel like I can do anything, such as becoming a lady pilot, one of my secret dreams. With Fred as copilot–who was really in control–I sat in the pilot seat once a year ago or so, while he said which sticks and buttons to push and pull. I was hooked.

This week This is Whidbey’s photographer David Welton and I visited—within social distancing guidelines—Fred Lundahl and his lovely little Cessna 150 Aerobat, Scarlett at the Whidbey Air Park. 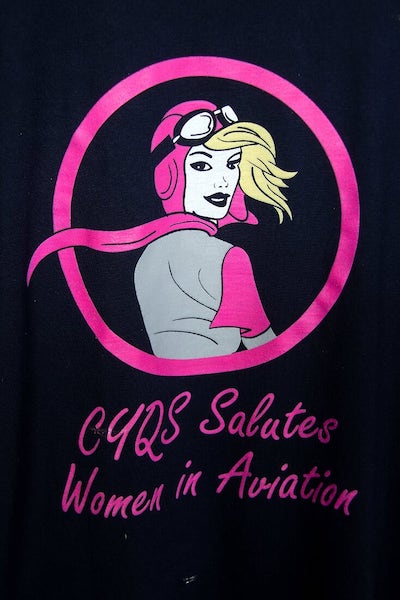 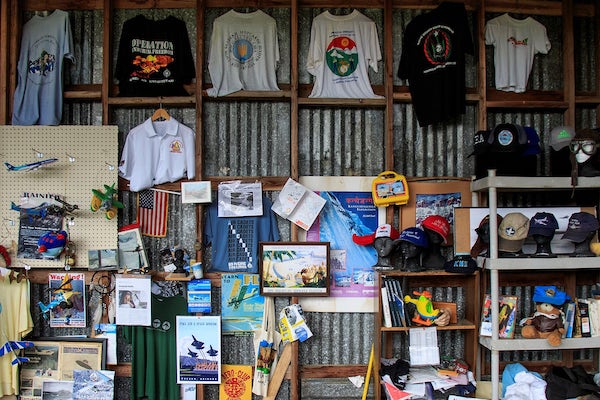 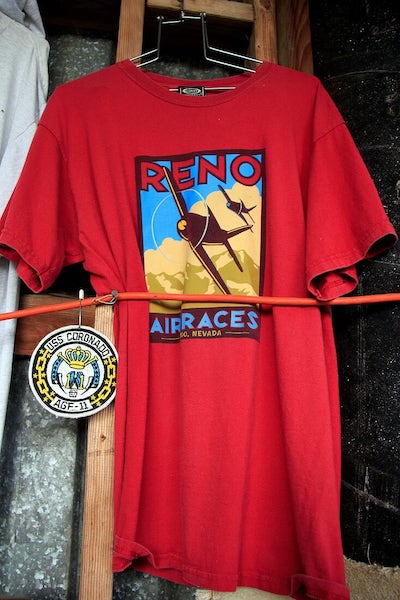 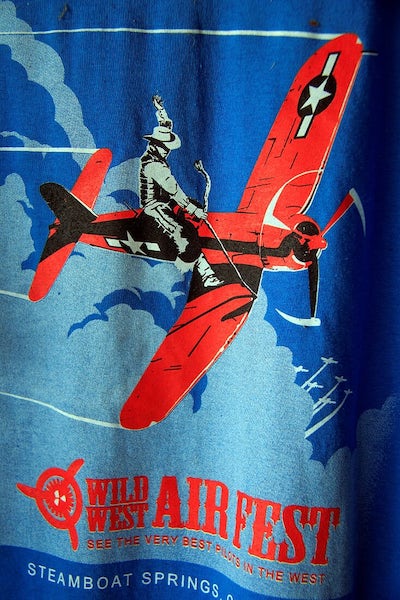 David clearly was in heaven in Fred’s man-cave-hangar, shooting photos of T shirts adorning the walls, posters, flying bling; an homage to aeronautics and the students Fred has taught to fly over the years. Graduate pilots’ shirt tails frame the hanger like a prayer flag. Our conversation flowed here and there as the notion to ask a question raced between plane mechanics—David was thrilled to report he completed construction of his model red 1916 Bristol M-1C, a British WW1 fighter—while I was curious about Fred’s back story and how he teaches with Scarlett.

On this Monday morning of cumulus clouds and blue skies, Fred is talking of a recent trip he took with his wife Sharon to Chile that was cut short due to the COVID-19 pandemic spread. They had planned on shopping for their import store, Music for the Eyes, and visiting a blue whale sanctuary. Shopping was a little successful. The sanctuary trip was cancelled and Fred and Sharon flew home early. Besides flying, whales embrace Fred’s attention with full throttle enthusiasm, which is catching, and makes me want to like them as much as he does. He was involved early on in Langley’s annual Welcoming the Whales Parade, which was held virtually this year.

As we admire Fred’s interesting collection, he proudly mentions a recent student, a young woman named Jessie Kimmel, who did her first solo flight this February. “I’m big on women in aviation,“ Fred says.

“What you see here is 53 years of flying, including when we were diplomats,” Fred adds, describing the interior of the hangar.  He and Sharon served throughout Central Asia in the Foreign Service for about 30 years.

Scarlett is a 1974 red plane with personality, who, Fred says, lived in 14 states before he bought her in Spokane with his young friend Aaron Simpson, who was trained by Fred to fly and is now a first officer flying with Horizon Air. Later, Fred bought Scarlett in full from Aaron.

David Welton asks about gas tank capacity—“You can fly 400 miles,” Fred tells him. “Flying at 110 mph, there’s enough gas for four hours. She takes a combination of ethanol-free gas, which I buy from Naomi’s Exxon, and aviation gas, which I buy in Arlington. Each of Scarlett’s two tanks holds about 12 gallons each.”

Fred said he is not flying so much during these days of sheltering in place. He makes air quotes with his fingers: “I’m not giving ‘lessons.’ There are some solo flyers. When you’re taking lessons, we ask all to wear gloves, masks, if you’re at the stage you can fly by yourself. As soon as Governor Inslee lightens the restrictions, we’ll do some lessons with masks and gloves. There are about four or five flying now. We are the South Whidbey Flying Club.”

Fred honed his flying skills—in a little way like French aviator and author Antoine de Saint-Exupéry of The Little Prince did—through scrapes and bumps. Fred learned to fly in 1968 after serving in Viet Nam as an Air Force journalist who later used his GI Bill money to take flying lessons. He taught school in Ethiopia, where he also did bush flying to practice his skills. He continued his love of flying planes while he and Sharon worked for American embassies for 30 years. They made lifelong friends in the ‘carpet countries’ of Central Asia, while buying textiles, rugs, beads, jewelry, clothing, and more, which comprise the goods sold at Music for the Eyes.

As co-owner of a 4-seater Cessna with Greg + Linda Ridder, he flew to Whidbey in 2003. “We flew to Canada, Reno—having fun. When I turned 70, I decided to review my life—I have the love of a good woman. I live in paradise. I thought what am I missing? Teaching kids to fly. I talked to Sharon, who said do something, get a second plane. I missed doing aerobatics—loop-de-loops—and wondered what kind plane I should fly. Scarlett is a Cessna 150 Aerobat.  Also, most airplanes don’t have tail wheels. Most aerobatic planes have tail wheels. To teach flying you need a nose wheel, which is what Scarlett has. Then there was the question of who wants to learn to fly.

“I wanted to keep the cost low, $100/hour, about $5,000 now to get your license. That was still pricey for the high school kids. South Whidbey Rotary stepped in and started a deal to pay half the cost of flight for kids wanting to fly Scarlett! Pretty cool! I’ve got four to five high school kids learning to fly with the Rotary paying half their tuition. My instruction is free. The cost pays for gas, hangar rental, and maintenance. One student, Cody Eager, took half a dozen lessons. We have two active high school student pilots now–Rowen Stephens and Zach Christensen. Rowen plans to get his license completed before he goes to Switzerland this summer on a Rotary exchange program. The eight or nine other students include a firefighter, a policeman, and a couple of Boeing engineer ladies.”

David asks to photograph Scarlett out on the runway, framed by sky and tall trees. Fred pulls the red plane out easily. David asks about Fred’s favorite films with planes: Out of Africa and The Great Waldo Pepper, with David’s being Flying down to Rio.

A doe runs toward us on the runway as we walk toward a sculpture of aviator Amelia Earhart, cast in concrete by former Clinton-area sculptor Alexei Kazantsev for a commission he didn’t get for the Amelia Earhart Birthplace Museum in Kansas. The sculpture is called ‘Spirit of Amelia,’ and wound up in Leonard Good’s woods before sitting in a place of honor at Whidbey Airpark. Leonard is much admired by David Welton and others who fly model planes with him.

“Where is Amelia,” Fred asks of the pilot who mysteriously disappeared while attempting a global circumnavigation in 1937. “She’s in South Whidbey.”

We walk back to Scarlett, where David takes a number of photos.  I say goodbye and imagine earning an extra $5,000 to become a pilot. I get tears just thinking about the possibility.

Afterward, Fred phoned me up, saying, “It’s most important you know how Scarlett got her name. Two lady baristas taking flying lessons. The hero from Planes is Dusty the Crop-duster, and all the planes in the movie are guy planes.  They picked Scarlett and said she would be Dusty’s boss.”

Scarlett, once you meet her, you don’t forget her.