It’s hard to imagine a time when our state’s women painters weren’t recognized professionally. But in 1930 it was true. In response, a half dozen women formed the Women Painters of Washington to promote their artist sisters’ work. Since then the group has grown and professional women artists meet once a month, generally at the Seattle Art Museum. 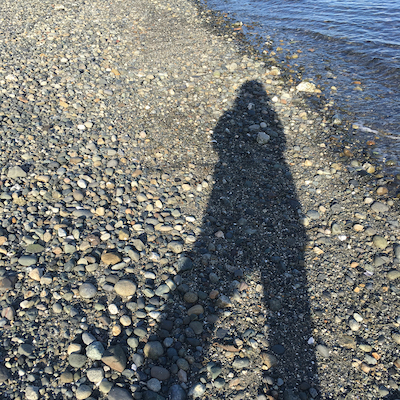 While Jan Hoy was contacted for comment, I did not hear back from her. Kathleen Secrest shared her views on what fuels her inspiration to paint and the current coronavirus phenomenon that has captured the world’s attention. When we spoke earlier this week, Kathleen said she wasn’t sure if she would attend the gallery’s gala reception Saturday March 14 beginning at 4:30 pm. The exhibit at the Matzke Fine Art Gallery runs from now until April 12th. It’s worth a visit to our sister island to walk around Karla’s welcoming gallery and connect with the compelling sculptures outside.

“We’re lying low,” Kathleen said. “We will wait and see how things go. Waiting to see if any cases pop up on the island.” Since our conversation Island County reports three cases so far. “We’re staying close till we see how they are handling things.” 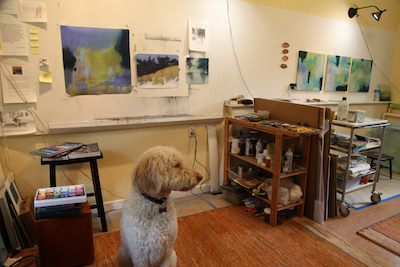 Pastels and oil paint are the mediums that call to Kathleen, who is inspired to paint nature-based themes. Her work has appeared at Karla’s gallery in the past. Kathleen met Karla through the Washington Women Painters.

“Karla is a hoot and really knows how to sell paintings,” Kathleen said. She knows her collectors. I was in last year’s Women Painters of Washington show. Karla gave me a prize, which was really nice and she sold several of my works.”

Along with gallery shows at Museo in Langley, Kathleen’s work has shown at North Wind Art Center in Port Townsend and with the Northwest International Pastel Society in Tacoma, along with other locations.

Studying the lines and light of the natural world, collecting, bones, feathers and shells for inspiration, Kathleen paints in her home studio with light from east- and west-facing windows. 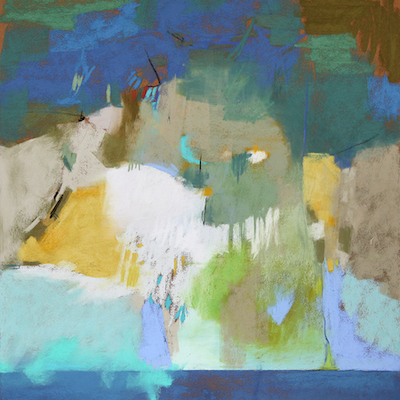 “There is nice morning and afternoon light,” Kathleen added. “I also use a lot of artificial light. I paint everyday, whether working in my sketchbook or on the four to five things going on at the same time. l listen to a lot of jazz; sometimes the pieces are titled after a jazz song. I start and see what happens. The paintings paint themselves. Often times I’ll step back and look at what the painting wants.”

“A lot of the work, because I’m so concerned about the environment and changes in it, is about people needing to connect to nature,” she said. “One reason our environment is in jeopardy is because we live too far away from the natural world. We often don’t know it.”

“I pretty much have always been a painter,” Kathleen added. “Most of my work is abstract. I start and see where it goes. I earned my degree in art education because I could take more art classes if I were going into arts education than if I had earned a bachelors in Fine Arts. I’ve never taught in schools. I have taught privately or in workshops.” 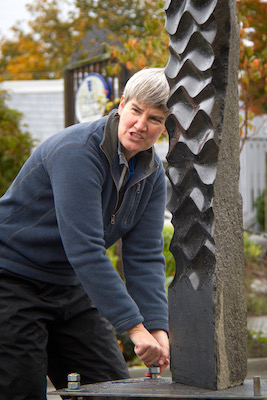 Sculptor Sue Taves creates natural forms in basalt. Look for some of her work at the Karla Matzke Fine Art Gallery and Sculpture Park on Camano Island

Artist Sue Taves, was the former publisher of Whidbey Life Magazine and she is also a popular sculptor on the island.

“I’ve known Karla for over 10 years and I love showing in her gallery and sculpture park,” Sue wrote in a recent email. “Karla has done an amazing job transforming 10 acres of woods into a beautiful sculpture park where she’s curated a diverse collection that is always changing. She’s a true supporter of the arts in that she works tirelessly to help artists get their work seen and purchased. Her sculpture park and gallery are a must-see stop. Starting a sculpture park is a challenging enterprise and Karla is dedicated and full of energy and she never runs short of ideas or humor.” 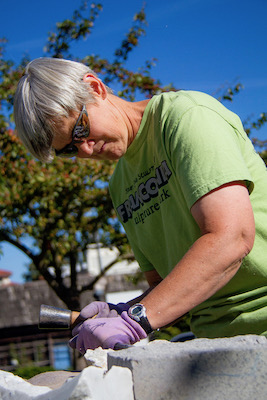 Sculptor Sue Tave’s work is popular on Whidbey Island. Her pieces are on display at the Karla Matzke Fine Art Gallery and Sculpture Park on Camano Island

During these days we may feel the need of some company. Art is good medicine for the blues. Karla’s gallery and sculpture park are located at 2345 Blanche Way, Camano, WA 98282. Afterward, take a walk at Camano Island State Park for some forest bathing.