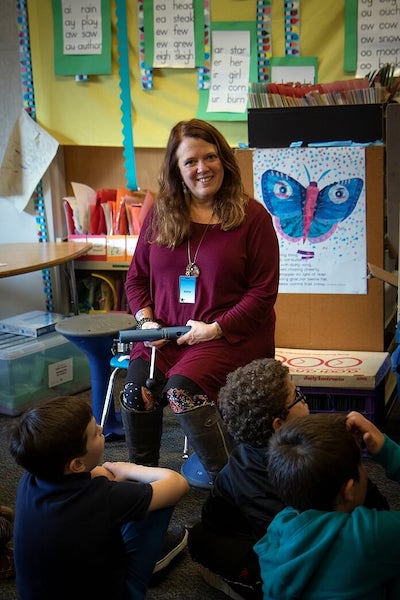 Typically we begin each year with resolve to change our lives only to return to our old habits. When one ignites the authentic self and makes lasting changes, though, old habits are remodeled.

Our island’s Charlene Ray has inspired others to change their lives through her work as a social worker with Island County, as a private counsellor, an interfaith minister, and now as an author.

Once told that she shouldn’t be a writer, Charlene has written two stories now published in two books, Ignite Your Health & Wellness, and Ignite Your Adventurous Spirit, an international best-selling compilation series created by entrepreneur J.B. Owen.

The public is invited to join Charlene in a ‘Meet the Author’ talk Tuesday, Feb. 11, 6:30, at the Langley Library.

We met last week at the South Whidbey Commons to chat about her venture into writing and about how her life has continued to bloom. I experienced goosebumps often times during our talk. Stories like hers reflect the heart of This is Whidbey.

In Ignite Your Health & Wellness, Charlene writes ‘Be Your Own Kind of Beautiful.’ It’s about the pressure to be thin when she was a little girl; about how a dance teacher told her she was too chubby to ever dance, giving rise to a sense that she wasn’t good enough. 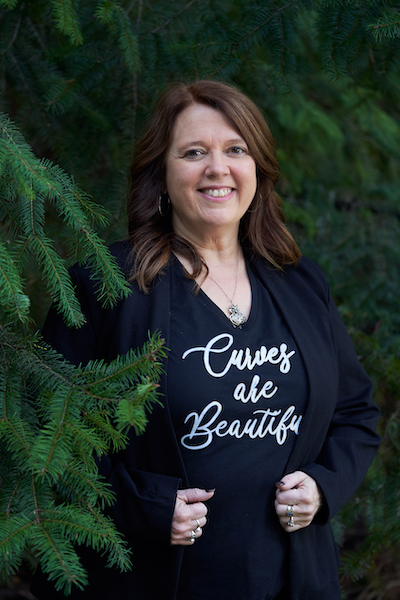 Growing up thinking only thin women are beautiful, Charlene Ray, wrote ‘Be Your Own Kind of Beautiful’ in a book series about igniting one’s life. Photo shared by Charlene Ray

While she found success in her life in many arenas: social work, counseling and mentoring young people; being a mom, and leading tours to Ireland’s sacred sites, Charlene held back from writing, though she wanted to share her stories. A friend who wrote for the Ignite series, mentioned that this might be the venue Charlene needed.

“A friend did a story about leadership and I read her story and said this is inspiring,” Charlene said. “I was looking for something to jumpstart my own writing. I needed something with a structure to get it completed. I felt this would allow me to say, now I can write. I had a lot of barriers and roadblocks over the years to writing. Probably the biggest one is when a teacher told me when I was 16 I shouldn’t do any career that has to do with writing. In hindsight, my writing was kind of dark at the time: of death, grief, things people didn’t want to hear about. She was the kind of teacher who was not open to that. I wasn’t fitting her prescribed formula for writing. I’ve had enough of those kinds of experiences—the dance instructor who said I was too fat to dance when I was six, the art teacher who said I couldn’t draw. We give a lot of power to adults as young people. In my experience at Bayview, I worked with kids who would have challenged that kind of statement from an adult. They could say, ‘Wait a minute!’ For me, I took it very personally then and didn’t write. I started looking for ways to tell myself you’re not a writer, versus the ways you are a writer. I found ways to support the argument. It’s taken me a while to rewire that wiring.”

Charlene taught a rite of passage program that included mindfulness practices with South Island alternative high school students at Bayview High School through 2010. Her classes culminated in a vision quest to the wilderness at year’s end.

While writing Answering Ireland’s Call, in Ignite Your Adventurous Spirit, Charlene writes of her mystical experience while visiting the country, which felt like home from the start. 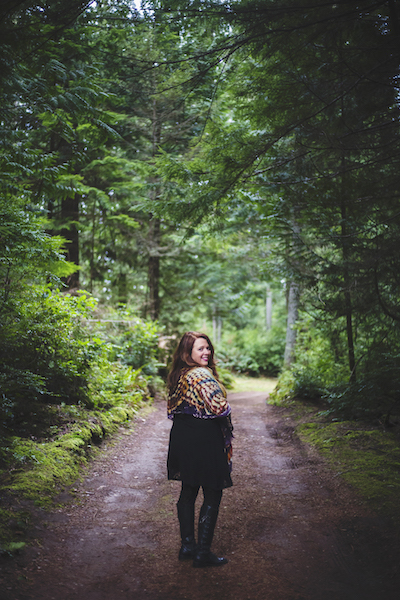 Feeling in tune while out walking in the woods, Charlene Ray believes in the healing power of nature. Photo shared by Charlene Ray

“People like to read of how others’ adventures can transform them, thinking, that could happen to me,” Charlene said. “Ireland was a huge event, a remembering. My grandma told me, ‘You can’t let anyone see you are intuitive and connected to the spirit world.’ She never got over the loss of her sister who was very intuitive and called crazy and hospitalized for her intuitive gifts and connecting with the natural world and things that are now more accepted as beautiful and important. Part of what I wanted to do is give people permission to accept who they are and say, ‘This is what the world needs.’ I knew I wanted to do a body image story, I needed to say it and get it out. I was in Ireland and the Ignite folks contacted me saying, you love Ireland, why not write for the Adventurous Spirit book. I did. I sat by a lake. That’s the way I like to write. I like to have an expanse of time, do a meditation, take a walk in the woods, get in the flow and sit and let it come through me.”

As someone who has devoted her life to being a bridge, to pushing edges, Charlene has asked, What else can we do, how can we make an impact and stretch out of the box?  While working at Island County, she created the still-ongoing School Based Behavioral Health Services program, funded with 1/10 of one percent of sales tax. With counselors in each of the county’s four school districts, the program addresses issues of depression, self worth, anxiety, substance abuse, suicide prevention, gender issues, school attendance, and bullying, among others.

On leaving her county position three years ago, Charlene said, “At some point I realized I was still in a box and I thought this is the time I needed to be on my own and see what would show up. Since then, I see more private clients. My goal has been to bring more of myself to my work. These intuitive gifts are alive in my practice. When I’m working with someone, I’m sitting there with my skills and intuition and spiritual guidance and helping them with cultivating their guides and soul wisdom. Part of that is what I’ve learned. I need to set the right container: the safety of the space, using essential and calming oils, setting an intention, and invitation for this to be a space of healing. I’ve seen so much magic happen. I saw this as a counselor at Bayview. Some people turned away from the students. They thought these kids didn’t matter. I felt there was that underlying belief by some, yet there were others in the community who loved the students and saw they were intuitive and gifted and needed a place to blossom and thrive. I set the space and the kids called me the Bayview shaman or inner beauty specialist; it was their recognition of themselves.

“Now I work at my own pace. I have spaciousness and connection to the natural world. I’ve always been a grief counselor. What I’ve discovered is how much connection with the natural world is so healing for people who are grieving. The world of wonder and grief are not unalike. When I sit with trees I hear things—to have that permission to say it—we still have remnants of the world who say you must have a mental health problem if you can hear things in nature. I’m enabled to go to Ireland more and teach there and really enhance things that were started with my first trip, which is to facilitate people to be open to those kinds of experiences which are really beautiful.”

Charlene calls her self a heart-centered counselor for transitions, depression, anxiety, feelings of disconnect. Now that she’s retired from the county and on her own time, her cup is full.

“In counseling, stories come in the door as grief, depression, anxiety, bipolar disorder,” she says. “But it seems to really lead to some kind of soul loss or disconnect. In my private practice, I work with my clients to reconnect with parts of themselves and connect with what has heart and meaning for them. I teach workshops at my office and local libraries. I lead a guided spiritual journey to Ireland once a year. I also work a few hours for the South Whidbey School District bringing in mindfulness classes. I work for Forefront Suicide Prevention, a program out of UW. I am involved in Forefront in schools—helping high schools in Island County and Shelton to create suicide prevention programs. I also do training on suicide prevention for various organizations and communities. Last week I did a program at Seattle University for social work and nursing students. Another at NAS, Whidbey.”

It makes me breathless just to write the above paragraph and imagine all that Charlene is engaged in. She is beyond inspired about the Ignite Your… series.

In the times we’re in so many people are waking up,” Charlene added. “Hopefully this series inspires people to wake up and feel they have permission to follow that awakening, that permission, to bring it in, to live it. I feel like so much of what is happening now is due to loss,  we are not connected to parts of ourselves. What we need to do is reconnect. What helps us do that best is singing dancing, writing, art, and nature.Those are the kind of things that wake us up. Reconnect our souls. It takes courage to tell one’s story.  It takes courage to say this is what happened, here is my story. Here is the inspiration and how it changed me. It can happen to you as well.”

Charlene’s high school teacher pegged her wrong. Charlene has written two in-depth stories, and plans a third to be published in Ignite Your Goddess. The book’s release in England coincides with her trip to Ireland in June, so she looks forward to doing something else she loves.

Check out Charlene’s website. It’s an invitation to a world many of us have only imagined is possible.