Birding as real life instead of screen life 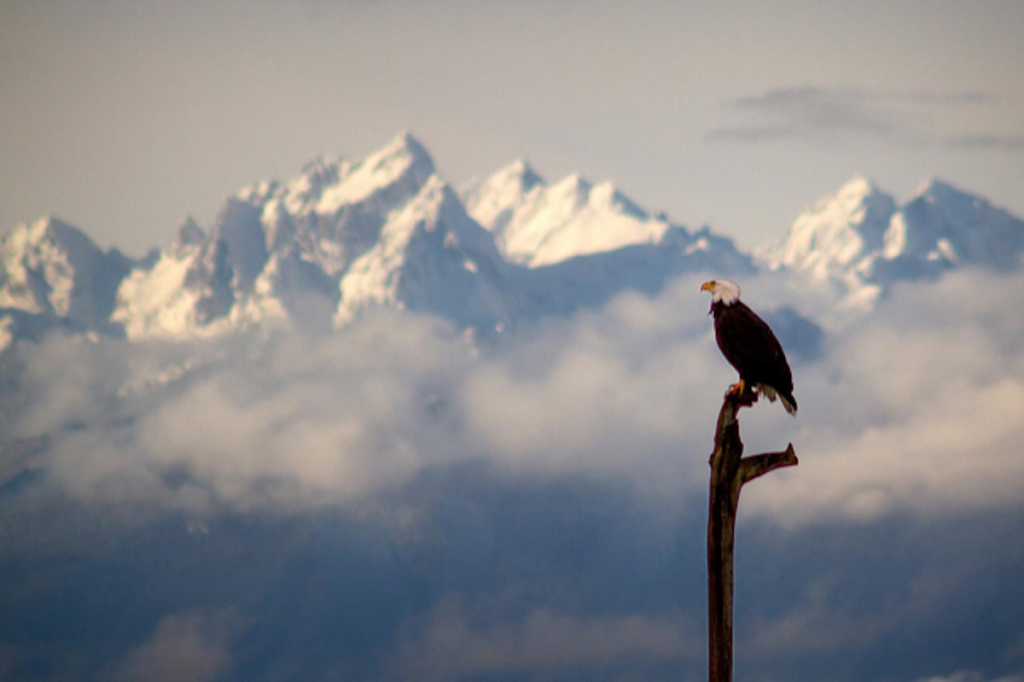 We may take our national bird for granted, but visitors are awed when they see these lords of the sky. https://www.allaboutbirds.org/guide/Bald_Eagle/overview

The impeachment hearings have riveted my focus since the holidays and I agree that 2020 is a Big Year. The Big Year is also the name of a great film about birders who compete to identify the most bird species in a year. There are estimates of more than 18,000 bird species on Earth.

Our island’s bird nation is pretty impressive and it deserves our attention.

Apparently others feel the same way about birds, too, because the Universalist Unitarian church in Freeland was filled to the brim with folks earlier this month to hear the real deal about Cooper’s Hawks. Whidbey Audubon Society hosted a lecture on the raptors to start the year off.

Ed Deal, of the Urban Raptor Conservancy, spoke about how Cooper’s Hawks, primarily bird hunters, have colonized cities, including Seattle, across the country.

But before we hear about Ed and his chock-full-of-facts-presentation about our rapacious raptors, let’s check in from our own birders’ reports on the state of birding here.

Asked what was the first bird seen this year, audience members took the mic, announcing: Orange-crowned Warbler —and the audience said, “Whoa,” as if seeing spectacular fireworks. Someone saw a Short-eared Owl at Crocket Lake. A Red-breasted Sapsucker at a suet feeder. My husband Bill and I announced seeing a Cooper’s Hawk sitting on the neon arcade sign at Tim Leonard’s Machine Shop in Langley.

Whidbey Island is a bird haven for year-round and migratory birds. During the island’s annual Christmas bird count for the south end of Whidbey—which includes a 7.5 mile radius around Goss Lake—68 field and feeder observers counted 13,586 individuals and 105 species, the most abundant being 1,209 Dark-eyed Juncos and 977 European Starlings. You might see the murmuration of Starlings at sunset near the Clinton ferry.

On the north end of Whidbey, 47 observers counted 30,605 birds and 120 species, notably the Northern Saw-whet Owl. Makes you want to get out the binoculars and take a look around and see real life instead of screen life.

Back to Ed Deal: he is a physical therapist by trade and a dedicated raptor volunteer for nearly 30 years. He said that Cooper’s Hawks—named for William Cooper— began colonizing the country in the 1980s as urbanization took over their habitat. He mentioned a book titled Subirdia by John Marzluff, which describes how birds have adapted to human environments. As of 2019, Deal reports, 56 pairs of Cooper’s Hawks were observed. Females are larger than males. Females lay 4-5 eggs in mid-April, which incubate for about five weeks.  Males hunt to feed their mates and chicks. There might be more than one mate for the females. Each egg is fertilized separately. Chicks fledge in five weeks. A third of the fledglings will die in six months. Cooper’s Hawks eat Starlings, Sparrows, rats, Rock Pigeons, American Robins and Flickers, to name some of their prey. Cooper’s Hawks are threatened by predators such as raccoons, eating poisoned rodents and window strikes.

Speaking of window strikes, the Whidbey Island Audubon Society will host “For the Love of Birds,” February 13 at the U.U church in Freeland at 7 p.m. with tips on how to prevent birds flying into our windows.

A couple of our favorite birding areas include Deer Lagoon and Earth Sanctuary.