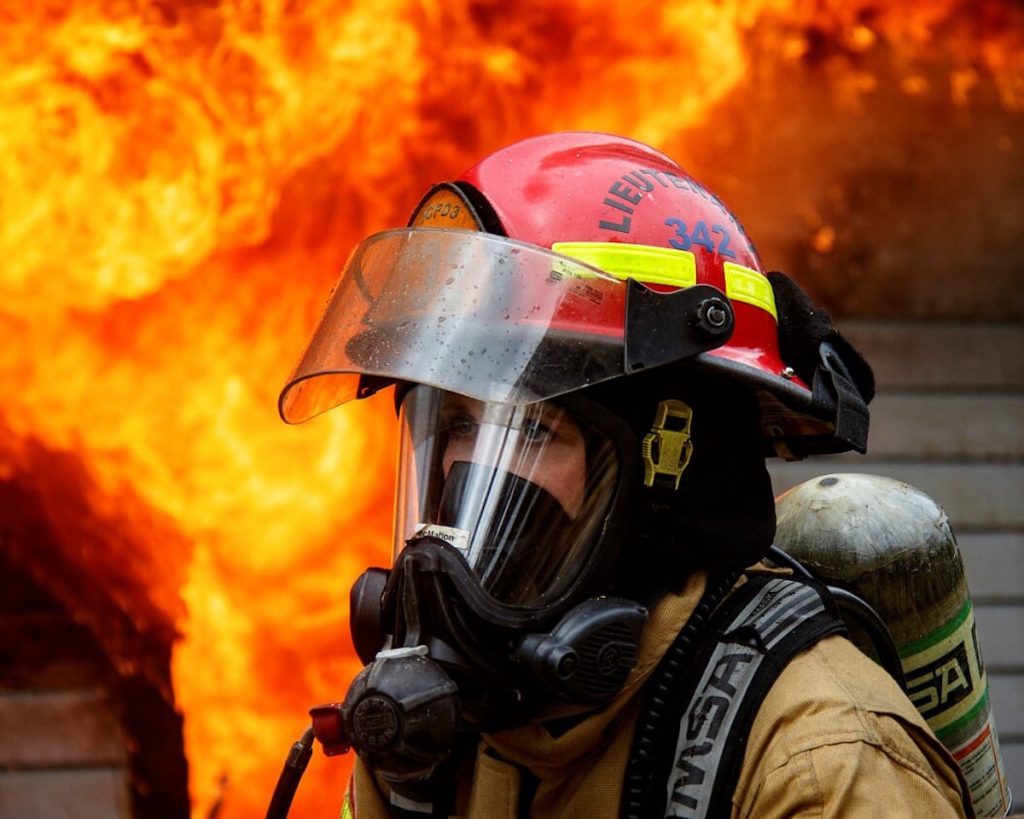 Lt. Alex McMahon of Station 34 has served as a firefighter since August 2010

In order to keep our paid and volunteer fire staff ready to respond to the nearly 2,700 emergency calls they receive each year, South Whidbey Fire/EMS stages controlled burns such as the one they did at the Waterman house on Langley Road last weekend.

Terry Welch, pictured above in the first row on the bottom, second from left, and a newly retired Coupeville middle school science teacher, has worked as a volunteer EMT (emergency medical technician) and fire fighter since 2002.

“We have always had great, ongoing training,” she says. “I’ve been a part of at least six practice burns over the years. They give us a chance to hone our skills in search/rescue, interior and exterior attack actions. EMTs get practice taking vitals as fire fighters come in to rehab periodically for a rest. Many fire fighters get practice over and over (evolutions) with the same house/structure. At the end, we let the house burn down.”

The house that was burned belonged to the Waterman family, where it was used for years to house a caretaker for the family sawmill business. Later Louise Richardson, a retired paraeducator with the nearby South Whidbey School District, lived there for 18 years before relocating to another home. Louise visited her former home during the controlled burn.

Debra Waterman, of Waterman Storage, said her family donated the home to the fire department, once they realized it was too costly to remodel.

“We decided to donate it when we realized we wanted to take it down,” Debra says. “It didn’t pencil out to remodel. We could have pulled it down in traditional ways, but donated it to the fire department  instead. My parents came to the island in 1948. The house was built probably late ’49-’50 and was built in two sections. My parents moved back to the mainland by the spring of 1952. My father commuted back and forth to run the sawmill. I was born and raised in Everett. My parents didn’t rent the house while the sawmill was going. My dad had one of the sawmill employees live there as a caretaker free of charge. All those years we called it the sawmill caretaker’s house. Louise lived there 18 years and then we asked her to move, thinking we’d do a remodel. When we went to bid, it was way more expensive than what we thought. There were a lot of unknowns. It was never built to be a permanent house.