On the road to find out 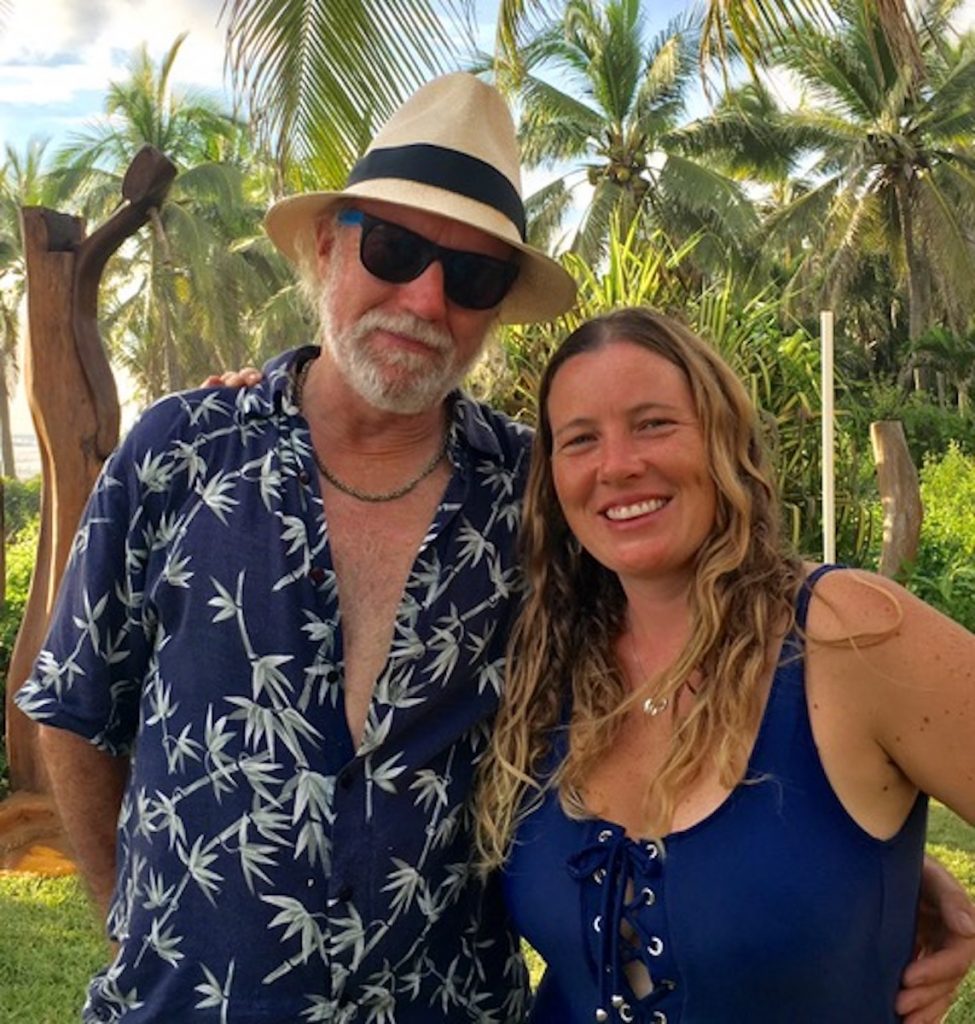 Kevin Fristad and his daughter Willa, whose gift of a guitar inspired him to become a singer-songwriter. Photo shared by Kevin Fristad

One reason I love living on Whidbey Island is her people whose stories perk my writer’s antennae.

Kevin Fristad, a professional woodworker, helped create Whidbey Island Woodworkers Guild several years ago, which led to the emergence of Woodpalooza, and its 16th annual gala August 30 at Zech Hall in Langley. Kevin has evolved to become a poet, writer and singer-songwriter. His poem/song Valentine Boy touched me and led to this story.

“I’ve always enjoyed writing,” Kevin says while we chatted outside at Useless Bay Coffee in Langley, a while ago. “I co-authored a book on cabinet-making, Cabinetmaking Procedures for the Small Shop: Commercial Techniques that Really Work. It’s pretty dated. Some might find it useful. That book gave me the writing bug. I worked with an editor on the rewrite and published it in the early 80’s. I still get royalties from it.”

He tributes Jim Freeman, Whidbey’s Conductor of Fun, for opening the door to writing poetry decades ago.

The Dog House was a famous watering hole in Langley that Jim Freeman and his friends used to frequent and host events such as poetry slams during the 1980s. Poetry slams are now held at island libraries with Jim Freeman still acting as emcee. The saloon is now shuttered, as it endures a slow remodel.

Since publishing his practical woodworking book more than thirty years ago, Kevin also self-published Hey Donald: Trump’s 1st 100 Days in 100 Letters, and Dead Geese Dancing, his reflections written in early mornings starting February 10, 2011 and continuing for the following 365 days. He was working full-time then. He has since retired.

“Writing the book gave me a lot of insight,” Kevin says. “I did research on a number of subjects, then I’d write for half an hour. This was the most difficult thing I’ve done. Grueling. I’d set my alarm for 3 a.m. Eventually I trained myself to wake up before that. It wasn’t to make money. It was an achievement to do something, to explore all these different subjects.”

Kevin owes a part of his creative inspiration to his friend British singer/songwriter, Derek Parrott, a beloved local character who died of cancer in 2011. On an unforgettable March evening, Derek’s family and friends held a goodbye concert for him at Mukilteo Coffee. Friends sang his tunes. At the end, Derek sat onstage and sang one of his songs, which was followed by a heartfelt standing ovation. Derek died the following week.

“Having spent two or three weeks with Derek before he died, he told me, ‘Don’t stop writing,’” Kevin recalls. “I had started Dead Geese a couple of weeks before. At his last concert we sat up front. Derek inspired me to play guitar. I had been dabbling with guitar for years in the early 70s.”

Following his friend Derek’s death, Kevin and his wife Terri moved to California to live closer to their daughter Willa, a professional photographer, and her children while renting out their Whidbey house.

“When we moved to California I picked up my old guitar ‘cuz i needed something to do,” Kevin says. “This is one of the sweetest stories. My guitar was an old beater. I found a Taylor guitar at a music store in Santa Barbara. I stopped at Willa’s and told her about a guitar that I found that sounded really nice, but that I couldn’t afford it. She listened and then the next day was Mother’s Day. We planned a celebration at her house, with her children. Willa then gave me this guitar. She went and bought it for me, saying, ‘Here Dad.’ I cried. Such an incredible gift. It has changed my life. The guitar sounded better. I took voice lessons and got together with a group.”

Kevin started writing songs then and recorded one, which was featured on the Tiny Desk Concert Series on NPR, where unknown artists are invited to perform. The song was  Find Me an App to Mend My Broken Heart.

Kevin and his wife moved back to Whidbey a few years ago. Kevin has since expanded his repertoire, including writing and performing a song for this year’s annual Hearts and Hammers volunteers’ dinner last May. He had been volunteering at a site and a friend suggested a song to close out the day.

“Larry Rohan (a Hearts & Hammers volunteer) jokingly said, ‘Hey Kevin, write a song about Hearts & Hammers!’” Kevin says. “Later, I was out driving and all of a sudden this chorus came to me. I wrote three verses, rehearsed and got up in front of the crowd that evening and performed it. It was impromptu.”

Kevin sings at open mics at Farmer & The Vine at Bayview Corner, and at Blooms Winery in Freeland.  One song was taken from his book Dead Geese; a poem called Valentine Boy written on February 14 in 2011. It’s about a poor boy from a run-down trailer park who gives his mom a heart-shaped chunk of concrete, on which he pens his love for his mom with charcoal. Kevin set the poem to music and sings it with conviction.

He also performs Wednesday afternoons at Maple Ridge by Bonaventure in Freeland for the elders.

“I started volunteering to sing and play music once a week at Maple Ridge as a way to give back to a part of the community that as a whole has given me so much over the years,” Kevin writes in a recent email. “I also find great pleasure in offering live music to those who may no longer have the opportunity to hear the music they grew up with. I encourage the residents to sing along and many of them know all the words!

“I try to play a lot of old familiar folk, country, and gospel classics, along with traditional songs that everyone can relate to from the catalogue I’ve put together. I even throw one of my own originals in to the mix each week!”

These days, Kevin is busy writing another book. He plans to record a CD of his music someday.

This man who grew up in South Dakota and was raised by farmers, has continued to evolve and let his life lead him into ever more creative paths. His reinvention of himself is an inspiration to those who are considering what to do next in their retirement. If you’re wondering what your next step is, visit his Facebook page. Maybe he’ll sit down with you and have a cup of coffee and inspire your next bend in the road.

Igniting our lives with Charlene Ray at the Langley Library Tuesday Feb. 11