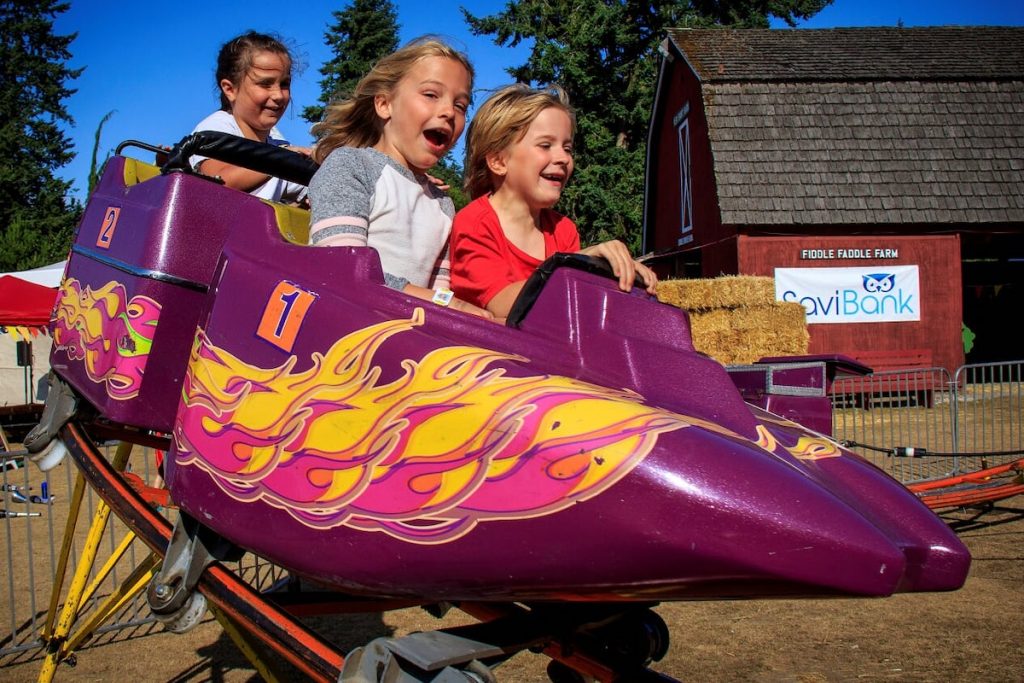 What would summer be without the Island County Fair? This marked the 95th year celebrated on Whidbey running from July 18-21. It attracted thousands of visitors who thronged the fairgrounds each day.

Run for years by Island County, the fair is now run by the nonprofit Island County Fair Association and the fairgrounds are now owned by the Port of South Whidbey.

Fair Manager Carol Coble, taking a moment to decompress following the busy week before, says, “The feedback that I’m getting from people is that it was more easy-going between vendors, volunteers and staff this year. It was a little more laid back. The weather was beautiful, not too hot. We don’t have our numbers yet. But I do feel and get the sense that it was a lot busier than it’s been in the past. The food vendors had a lot of business. All in all it was a successful fun event.”

One of the fair’s favorite entertainers is Elvis impersonator Danny Vernon, whose act is called Illusion of Elvis. Vernon and his talented singer wife Marcia performed in the afternoon with a crackerjack backup band called Wally & the Beaves, which performed together again Sunday evening. Vernon recreates singing stages of Elvis’ life from his early days wearing Hawaiian shirts to the late 60’s black leather to the early 70’s rhinestone-studded white polyester suits. The bands’ performance Sunday afternoon found grandmas and kids dancing and audience members singing along to his songs. One of the dancing grandmas said this was the first time she’d been dancing since she lost her partner years ago.

“Some people think we ought to change things up and maybe get different performers in,” Coble says. “To not have Danny here would be sad. People call before the fair even starts and ask if he’ll be there again. Danny asks people to teach their kids about Elvis and not forget him. I was dancing with him Sunday when he was out singing to the audience and he leaned down to hug me and my shirt was caught on one of his beads. I didn’t want to yank one of his buttons off, so we had to be careful. And he kept singing.”

The All Island Community Band, playing in the fairground’s Center Stage tent, led the audience in singing patriotic tunes such as “God Bless America,” and played military anthems dedicated to honoring all who have served in the armed forces. Sitting next to a lovely woman named Lola and sharing kettle corn, we sang along to the stirring music. Her husband plays in the band, she pointed out proudly.

Enter your creation or enroll your animals for next year’s fair. Contact the fair at: staff@whidbeyislandfair.com. The dates are July 16-19, 2020.