Whidbey Island non-profits such as Civility First…So We Can Work Together aim toward cultivating an exchange of ideas and dialogue without exploding at one another. Following July 4th and our country’s celebration of its independence, the focus this week explores using one tool we can use to maintain our precious freedom.

Ironically being civil means: being courteous, polite, and gracious. Yet our country engaged in a civil war in which civil meant: “A war between citizens of the same country.” Based on the former definition and solely on reading the news these days, it seems our country is engaged in a soft kind of civil war. Yet at the local level cooperation often trumps dissension. 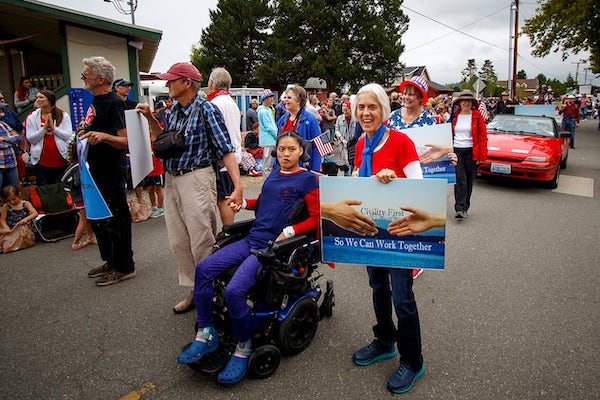 Civility First’s founders, directors, and membership represent a wide spectrum of background, thought, and geography, with experience in the military, NASA, Interfaith ministry, political office, telecommunications, youth groups, the arts, Republicans, Democrats, and more; its members span the island from Oak Harbor to Clinton. They marched in the Maxwelton July 4th Parade. They host dialogues through Sno-Isle Library presentations. 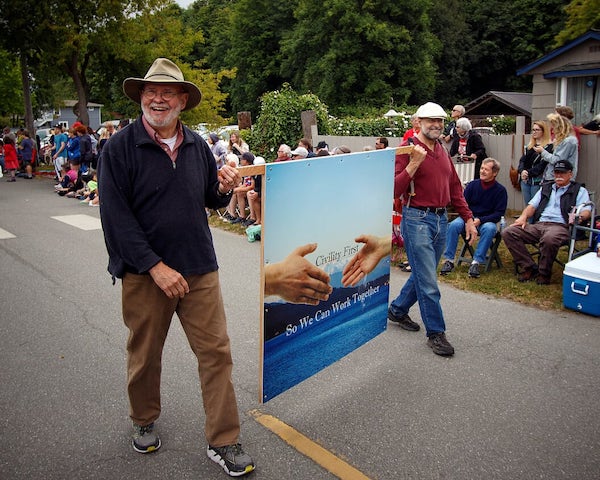 The simple sign of a handshake in the making represents this year’s emphasis on civility.

Civility First formed in 2017 with the premise of finding ways to talk to each other in the face of differing perspectives. According to its website: “Civility First promotes listening and learning from people with differing perspectives, and modeling civility and respectful behavior in public life. Civility First is asking civic and community leaders, civic groups, religious groups and concerned citizens to commit to respectful listening, civil behavior and being role models for our children. We want our communities, schools, and public meetings to be safe places for honest discourse.”

It only takes 3.5 percent of the population to make a significant change according to website Civility Center.

Creating significant change in our community and weighing in on the fine art of energy-giving, real discourse are three island folks who have made a difference in our quality of life: 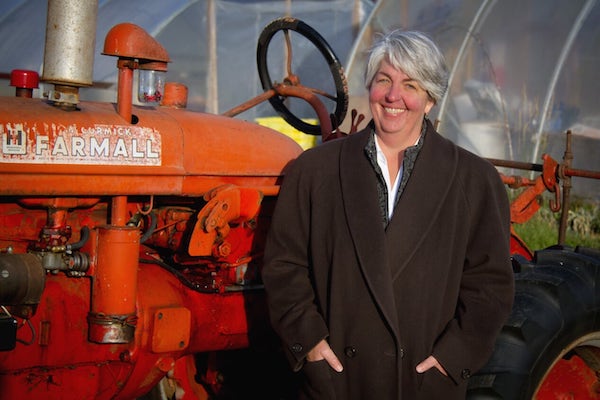 Judy Feldman, executive director of the Organic Farm School, says: “We are better served by sitting down and sharing reflections on our experiences. In that kind of dialogue, all participants can learn something about themselves as well as about others.”

Teaching the heart, soul, and technicalities of organic farming, is Judy Feldman, executive director of the Organic Farm School in Clinton. Her thoughts on civility:

“Goodness knows I don’t always follow my own advice, especially when conversations get heated – but in moments where I remember to ask questions like — ‘Can you say more about how you came to feel this way?’ — things can often slow down enough for actual conversation. Such questions draw both of us into a bit of reflection, and every once in a while the reflection leads to discovery of ground that is more common than divergent.

“Another approach that I find helpful is to consider the totality of the person I’m in disagreement with. Are they kind to their family? Do they do good work in the community? Do they work hard and treat strangers well? If I know them and respect how they are showing up in general, I have to ask myself to find a little grace, make a little room for differing perspectives.

“None of us has life all figured out. So many experiences, so many ‘lessons’ from childhoods and elderhoods and every phase in between. We can argue over opinions, but we argue over experiences at our peril. We are better served by sitting down and sharing reflections on our experiences. In that kind of dialogue, all participants can learn something about themselves as well as about others.” 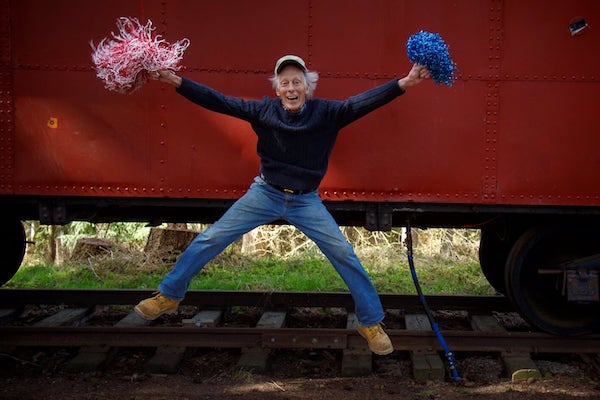 Jim Freeman, the island’s ‘Conductor of Fun,’ says: “As long as people want to come from a place of being right instead of a place of being, civility will go to hell everywhere–in a hand basket, on a golf cart, or by someone’s Facebook post. When did do unto others ever mean revenge or name calling?”

Jim Freeman, the island’s “Conductor of Fun,” and columnist for Whidbey Weekly’s On Track column, emailed from Arizona, where he was in his element visiting his daughter and grandchildren. He lives in a vintage caboose in Freeland, where life’s currents flow through him. He notes:

“All I know about civility is summarized in a quote I wrote on my caboose wall many years ago, above the conductor’s desk. It is almost faded now: ’Cause me and let me find thee this day in myself and others.’

“So, if I don’t see the God in you and everyone else, I’m in the wrong building, no matter what the person says or thinks or how the person acts. For me, civility is achieved by recognizing and living first and foremost the principle that each of us is created by a higher power that only knows love and that only creates love. If we spiritual beings having human experiences choose judgment over respect, in my experience, we have chosen to deny the truth of our created self and that of others.

“In today’s world, people seem quick to attack the messenger without trying to understand the message.

“Truth only has one answer.

“As long as people want to come from a place of being right instead of a place of being, civility will go to hell everywhere–in a hand basket, on a golf cart, or by someone’s Facebook post. When did do unto others ever mean revenge or name calling? Anyway, thanks for letting me talk to myself while the grandkids are napping.” 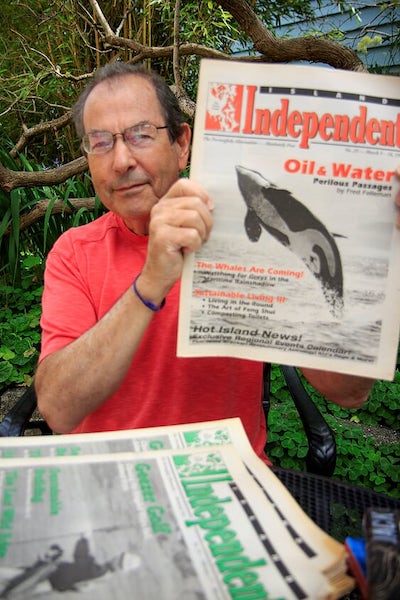 Drew Kampion, creator of drewslist, holds up a copy of his former publication, the Island Independent. Drew says: “Based perhaps on the awareness that we don’t know everything, that we don’t have all the answers, and that touching one another’s fragile subjectivity with compassion and forgiveness is a work of greatness.”

Creator of drewslist, former publisher of the regional newspaper the Island Independent, Drew Kampion emailed in his busy life to say:

“Based perhaps on the awareness that we don’t know everything, that we don’t have all the answers, and that touching one another’s fragile subjectivity with compassion and forgiveness is a work of greatness.”

Wherever you are on the spectrum of thought and belief, may civility plant a seed in your garden and flourish.