“Miracle” revisits the concert that hailed a new line of jets 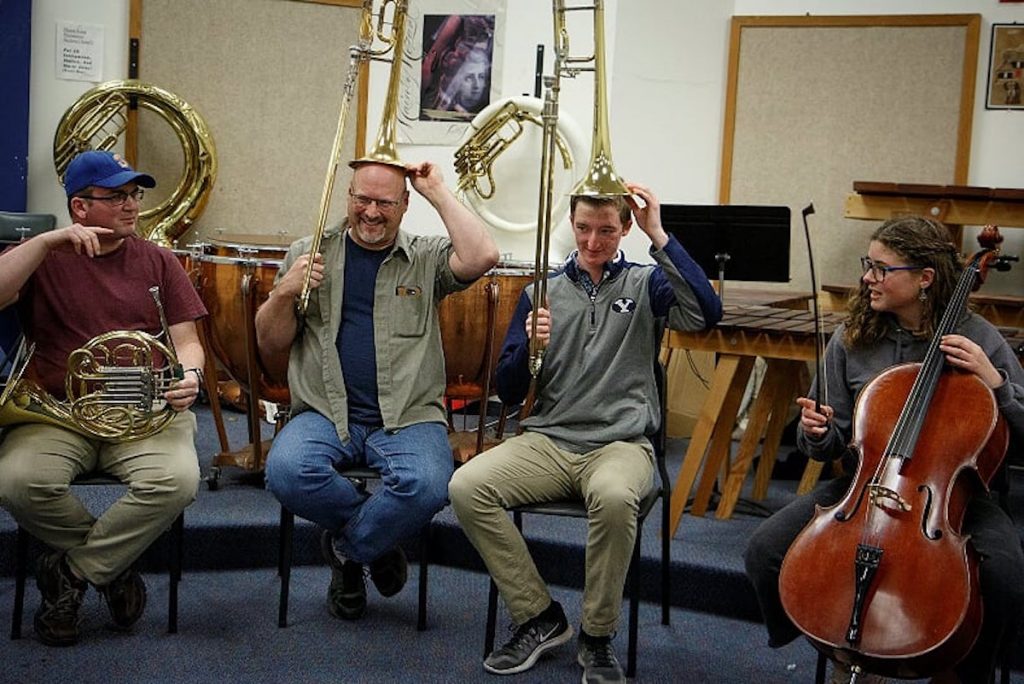 The largest orchestra ever assembled on Whidbey will perform music written to launch a jet fleet 25 years ago.

Langley city councilman Peter Morton is a man who can pull together big events. Promoting the performance of “The Miracle-Concerto for Piano and Orchestra,” fuels him with such magnetic enthusiasm that nearby patrons of the coffee shop he was in were drawn to his story and persuaded to attend the April 6 gala.

As part of a trilogy in the event called “Musical Metaphophosis,”  the concerto will be performed April 6 at 7:30 pm at the South Whidbey High School auditorium. Combining the talents of the Saratoga Orchestra of Whidbey Island and the Seattle Collaborative Orchestra, the event is conducted by Anna Edwards. KING FM’s radio host Dave Beck will give a preconcert chat.

While Boeing is in the news these days with some of its troubled 737’s, it celebrated the rollout last month of its new 777-9 derivative of the 777 commercial twinjet passenger plane family.  The release of the first 777 twenty-five years ago in the spring of 1994 with a maiden flight from Paine Field was the catalyst for the concert we will hear on April 6 at South Whidbey High School.

A few months later, in 1994, Boeing opened its state-of-the-art Customer Trainer Center (a flight simulation training center) at Longacres in Tukwila. The opening ceremony included a special banquet and concert for 777 customers in a cavernous building temporarily modified to be a concert hall before the full flight simulators were moved in.

Morton, then Boeing Director of Customer Training, remembers it well: “Boeing allowed me to commission well-known Seattle pianist and composer Walt Wagner to perform a new musical work for piano and orchestra as a celebration of the event. While Boeing commissioned the first movement, the piece evolved to be a four-movement work which Walt calls “The Miracle-Concerto for Piano and Orchestra,” and was later recorded by the Seattle Symphony with Walt at the piano. It has been on my bucket-list to have it performed again.

“It was a unique moment in Boeing’s history—I can’t tell you how it feels to have a commissioned piece of art with someone else’s money,” Morton joked. “Back to “The Miracle,” it’s a miracle a corporation would do this.”

Morton said Wagner’s composition was inspired by the metamorphosis of gang members into becoming successful young men: The first movement is Promise; the second is Struggle; third is Faithfulness; fourth is Fulfillment. These steps are integral to a program in educating at-risk teens who attend the Seattle Urban Academy, part of the Crista Ministries.

Wagner is an American pianist, composer, and arranger based in Seattle, who has performed with Jay Leno, Bill Cosby, Bob Hope, George Burns, Lily Tomlin, Roberta Flack, Sammy Davis, Jr., Bob Newhart, and as pianist- conductor with Peggy Lee. Wagner will watch his work performed by pianist Mark Salman, an accomplished pianist, who has been invited to play in Europe, Asia, Canada, and throughout the United States, including Carnegie Hall. In 1973, a young Walt Wagner toured with Olympic ice skating gold medal winner Peggy Fleming, in a production called ‘Peggy Fleming, a Concert on Ice.”

Morton moved with his wife Anna Marie to Langley a while ago and has since been involved with the Saratoga Orchestra.

“Peter is a wonderful supporter of arts and the orchestra,” said Larry Heidel, executive director of the Saratoga Orchestra and trombonist in both orchestras that will be performing Saturday night. “We’ve created community around this piece.  It’s a great opportunity for Island students to be part of something bigger than they could ever experience here on the island.”

Morton who plays piano and enjoys classical music, said he was first smitten by the island’s orchestra after winning a door prize in which he chose a piece of music to be performed. He selected a violin concerto performed by the island’s talented violinist Gloria Ferry-Brennan, now a young mother. Later after narrating for the orchestra’s performance of “Peter and the Wolf,” Morton confessed to Anna Edwards his “crazy notion” of revisiting the beloved concert he orchestrated for Boeing.

To raise the funds for this production, Morton contacted his friend James Raisbeck, an entrepreneur and philanthropist, who is also a consummate aerodynamicist. “I claim he can see streamlines (a line along which the flow of moving air or fluid is least turbulent). James and his artist wife Sherry allowed us to use their estate for the fund-raiser. Mike Lauver, co-owner of Seatac Shuttle, and the orchestra’s first board president, donated one of his vans to drive there and home.”

At the close of the conversation Peter spreads his arms, embracing the Commons’ coffee shop. “The motto of the 777 program was working together,” he said.  “Usually with the first plane of a model series the pilots’ names are written under the cockpit window. On the 777 are the words ‘Working Together.’ Pilots wanted that instead of their names. I call the 777 Boeing’s Camelot. The music of the Concerto and this airplane comes together in my mind.”

Meanwhile, along with “The Miracle—Concerto for Piano and Orchestra,” the orchestras will also perform the first movement of Rimsky-Korsakov’s epic tale “Scheherazade”, after which the ensemble will present the world premiere of Leanna Primiani’s “1001” as a modern musical response to Scheherazade—this time from her perspective. Paul Hindemith’s “Symphonic Metamorphosis”—the first work he wrote in the United States after being banned by Nazis in his homeland of Germany, is based on themes by composer Carl Maria von Weber. Peter Morton’s son Doug assembled an iTunes playlist for the concert. It includes all of the works except “1001.”  It is available through iTunes- Metamorphosis.

According to its press release, the “Saratoga Orchestra of Whidbey Island was formed as an expansion of the Saratoga Chamber Players founded by Whidbey Island’s legendary violinist and arts supporter, Michael Nutt. In 2007, Legh W. Burns, Music Director Emeritus, began a regular concert series performing throughout the island for Whidbey audiences. Anna Edwards has led the orchestra as Music Director since 2015, and has brought national attention to the ensemble for its innovative programming, especially championing women composers.

Cash/check/credit card at the door