A fresh use for an old school 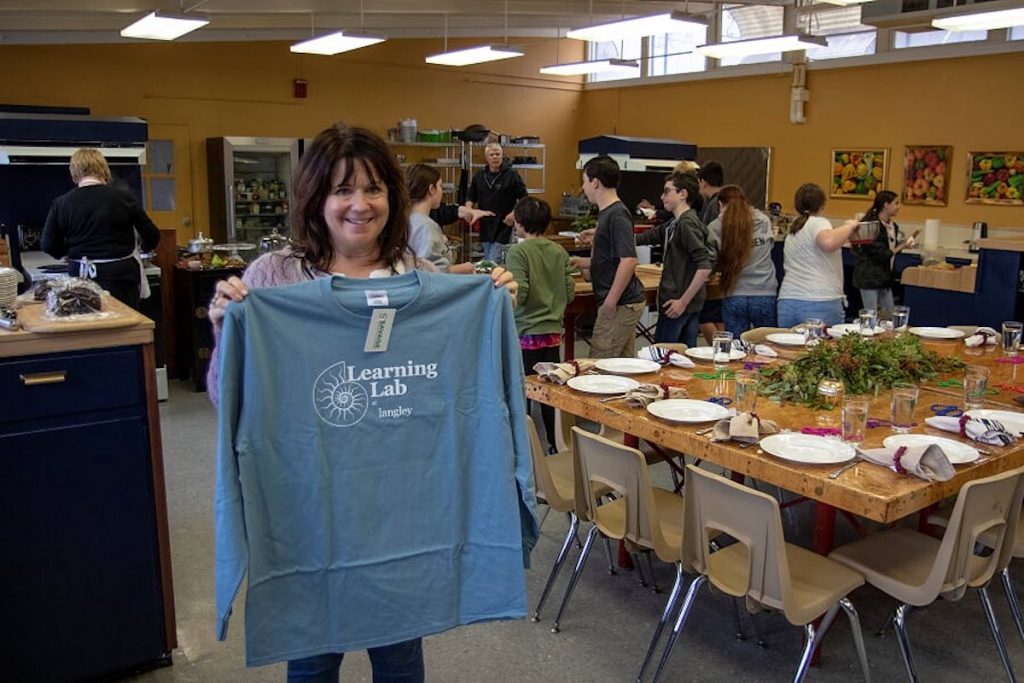 Transitioning the Langley Middle School campus into a sustainable community resource center quickly evolved over the past year and a half, now attracting non-profits and businesses committed to creating a better way of life.

La Vassar, executive director of Readiness to Learn, which has served as an umbrella community service organization for more than two decades, now directs the South Whidbey Community Center as well. To that end she curates an eclectic mix of non-profits and businesses whose rents and fundraisers offset operations costs.

When middle school enrollment dropped to the extent that maintaining the school was unsustainable, the South Whidbey School District tapped La Vassar to re-imagine the campus and find ways to fund its costs of operation. Utilities alone are costly. La Vassar said electricity runs $100,000 a year for instance, and her group is working with a consultant which suggested installing LED lights to reduce that expense.

“Gail La Vassar has implemented the vision the district had to create a place for people to come together as a community,” said South Whidbey School District Superintendent Jo Moccia. “This center may be enjoyed by all members of our community and reflects their diverse interests and needs. I am very proud of the work she and others have done to bring this vision to reality.”

To sustain this reality, La Vassarr set about attracting businesses and non-profits which support learning and contributing to the community. She was heartened at the level of interest and commitment she found from the start. Hosting an open house last August, La Vassar was surprised that more than 800 people showed up with ideas and enthusiasm to fill the spaces. The nearly hundred-year-old original building with polished old wood floors and blue-locker-lined walls began operating as a K-12 school back in the late 1920s.

One of the entrepreneurs who moved into the school’s kitchen last April was Heidi Hammer, whose Wild Crow Pie Company expanded from a home business to the school’s commercial kitchen where organic pies are baked and sold locally and beyond.

“During the summer I might bake 50 pies every other day,” said Hammer, pulling berry and apple pies from the oven, scenting the kitchen with the mouth-watering aroma of buttery pastry and cinnamon. “This year I’ll be baking for the Bayview Farmer’s Market now that Shirlee Read, (long known and loved as the market’s Pie Lady) has retired.”

While the district’s 220 +/- students in seventh and eighth grade now attend school in their own section at the high school on Maxwelton Road, around 50 are bussed to SWCC on Wednesdays to attend enrichment classes.

“James (Swanson, the middle school’s principal) is the mastermind behind our enrichment programs,” La Vassar said. “He believes in cultivating student curiosity and creativity.”

Here students learn emotional intelligence and practical life skills that they can use for life.

“With the combination of our support and intervention, the students who struggle with  (classroom) content and language skills get help,” Swanson said. “These classes go deeper to what our students need. Gail is a most amazing partner with us. She is super-motivated.”

Enriching their life skills, students participate in Learning Lab classes administered through the non-profit Living Design Foundation, where they learn how to carve wood, garden and cook.

In the cooking class we visited, for example, students were making Cornish hens, mashed potatoes and veggies, along with chocolate cake for dessert. The smell is heavenly. The table is beautifully set. The students are engaged in conversation with each other and the adults holding the class. The feeling is one of gracious space.

“Here the kids learn to prepare food and have conversation round the table,” Swanson added. “The magical part is that without being told to, they are learning social skills without having to rely on phones and devices.”

Upstairs a handful of students learn to carve spoons from blocks of basswood, a Midwestern hardwood. The class is taught by wood artisans Don Bundy and Greg Thomas. Wearing pink tape around their thumbs to protect them from the carving tools, the teachers predict it will take about ten hours to complete a spoon.

One of the non-profits which leapt at the chance to empower young people and provide a place for folks to make music, paint, sew and collaborate is Partners for Youth Empowerment. This group has opened up Create Space which serves a wide spectrum of the community.

“Create Space Langley is a community studio for creative expression of all kinds—visual and craft arts, music, singing, theater improvisation, story telling, sewing and handcrafts plus more,” Taylor wrote in an email. “It’s founded on the philosophy that we are all creative and we have a birthright to express ourselves through the arts without having to be good at it. I love the quote by psychologist Rollo May: ‘Creative expression is most often accompanied by a feeling of shimmering joy.’ We see the space as a way to address social isolation and as well as to bring people together across generations. We  offer low-cost and no-cost classes and open studios. We also offer the use of the space at a very low donation rate for people to lead their own classes and workshops. Some of our current offerings include sewing and handcrafts studio on Tuesdays, open art studio on Wednesdays, an arts and leadership class for South Whidbey Middle School, a homeschoolers art class, and Wednesday evening events like music jams. We are most interested in fostering community arts projects like

Gretchen’s doll project. We serve a wide range of ages. You’ll often find three generations working together in the space on Tuesday and Wednesday afternoons. People can find out about our current events at Create Space Langley.”

James Tennison’s portraits and landscapes are created in one of the school’s former classrooms. His rent helps sustain the center. His portrait commissions have taken him across the country and his paintings have been shown in galleries nationwide.

“The extent of my abilities  to draw is stick figures,” Swanson joked, admiring Tennison’s work.

Another artist, Laura Viola-Preciado, does a pour-painting technique that she teaches in student workshops.

As the visit comes to a close, La Vassar leads visitors on a quick tour, pointing out the social services wing of the center, which houses Readiness to Learn, the Veterans’ Resource Center, the Family Resource Center, Whidbey Homeless Coalition, a games room, the Opportunity Council, which provides rental and utilities assistance: and, healthcare administered by nurse practitioner Theresa Granger to provide access to those who cannot afford medical expenses.

There’s a sense of fresh enthusiasm  shared among the various people who now work at and use the center.

Mary Michell, a homeless liaison for the school district, as well as administrative assistant for Readiness to Learn said: “I’m excited to be part of building a hub where people can meet, learn and grow. It’s inspiring to see how this space is being used for good. I’m happy that I can support positive interactions and building community with the work here.”

And echoing Michell’s enthusiasm, Langley mayor Tim Callison says, “It blows my mind every time we go there. The city has used the classrooms to hold meetings and conferences in town. It’s a place where the South Whidbey archives are stored. And they have pie. I send as many people there as I can.”